Camila Cabello talks about her racist tweets and messages

In a bizarre profile where the writer tries to assert that Camila Cabello is the "biggest pop star in the world" and compared her debut in 2018 to Kylie Minogue, Britney Spears, and Lady Gaga in 1988, 1998, and 2008 respectively, Camila Cabello briefly talked about the leaked text messages and tweets where she freely used the n-word.

Camila says she was young and has since "learnt".

If there was any sort of apology or elaboration on what exactly she's learned, it wasn't included in the article.

She says she mostly stays away from social media now because she wants to live her life the way everyone else does in a way that's free of public scrutiny.

The profile writer described her use of the n-word to describe Obama as "affectionate" and didn't mention the vile racist messages about her bandmate Normani: 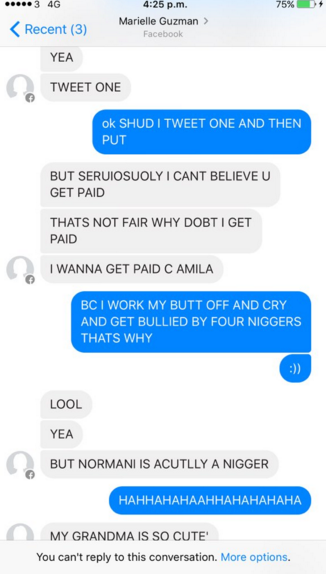