FAMILY TIES — Fred's running for mayor, but Archie's worried that his dad is another pawn in the Lodges' game for power in this backwoods maple syrup murder town.

Meanwhile, Kevin actually gets to do stuff when Betty asks for his help in finding out what her strange, shady hooker brother (whose cam videos they've both watched and in Kevin's case probably jerked off to) is hiding.

Also, it turns out that creepy wig wearer Clifford Blossom left a secret will behind that surprises Cheryl and Penelope (and probably is why Polly is back in town).

Finally, Jughead makes a major discovery in his quest to take down Hiram.

Spoilers from fans who watched filming for episode 2x19

As Archie gets pulled further into the Lodges' mob shit, it seems he recruits Reggie to blow up someone's car??? As a message from Hiram?? And suspicion will probably fall on the Southsiders

I went to check it out, it is a car explosion scene, 2 minor characters I don’t know who they were running out from the building. Kinda cool though to watch, lots of fans outside. #riverdale pic.twitter.com/dfa98it9Nn

Some random dude posted this photo of the River Vixens from when they were presumably filming. Notice Midge and Toni behind Cheryl though Josie, Veronica, and Betty are missing (no surprise there though)

Have you ever wanted Cole Sprouse in your ears? Well now you can with these Bughead earbuds 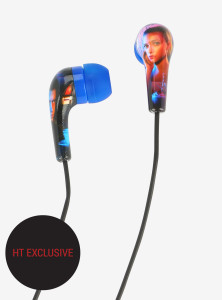 Have you ever wanted to cuddle or punch Jughead and/or Archie? Well now you can get some body pillows 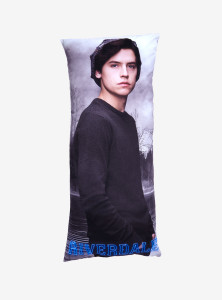 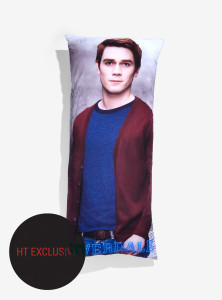 Do you want the core four staring at you as you try to play poker? Have some playing cards that I initially mistook as condoms (which probably be more appropriate considering all the fucking on the show) 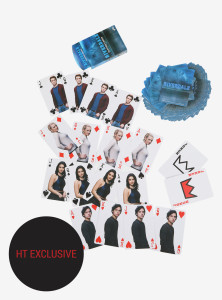