Lana is currently safe, there was no contact between her and the alleged stalker.

The alleged stalker's name is Michael Hunt. He was arrested for attempted kidnapping with a weapon and aggravated stalking before Lana's concert in Orlando on Friday.
Orlando Police Department posted his photo along with this press release:

Working off a tip,OPD Officers were able to stop Hunt, who was armed with a knife, before he could get to the Amway Center. pic.twitter.com/mOsfGEwJIO 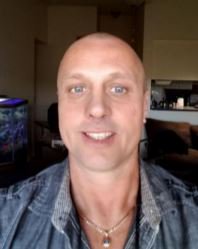