ONTD Investigates: Is Justin Timberlake One Of The Worst Pop Lyricists Of Our Time?

As you all know, Justin Timberlake has dropped his new album, Mayo of the Woods. ONTD hates it, obviously. But it's not just us and our forever bitter and bitchy ways - actual music reviewers hate it too! 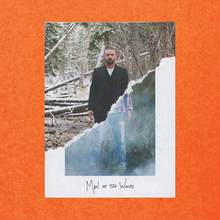 -"He seems to be unwilling to stop cherrypicking from musical genres song-to-song and smudging out everything that is good about them."
-Winston Cook-Wilson for SPIN Magazine

Common amongst the reviews and reactions this era is a whole lot of confusion and disbelief at some of the truly awful lyrical content JT has been supply-y-ying. A lot of the lines feel awkwardly written, clichéd, or just straight up lazy. Each ONTD post for the four singles that have been released featured at least one comment about Timberleech's shitty lyrics:

Filthy: "i thought the line 'all my haters gonna say its fake' sung by an almost 37 year old man was hilarious, tbh." -

Supplies: "The song just by itself is not catchy and his vocals and lyrics suck and who the hell wants to hear justin sing over a trap beat?" -

Say Something: "sometimes the greatest way to say something is to say nothing at all? fuck outta here lmao" -

Man of the Woods: "'But then your hands talkin', fingers walkin'/Down your legs, hey, there's the faucet.' keep it" -

When did Justin start butchering the English language so mercilessly? Let's investigate.


Filthy: "I said, 'put your filthy hands all over me' / You know this ain't the clean version / What you gonna do with all that meat? / Cookin' up a mean servin', huh."

Say Something: "Sometimes, the greatest way to say something is to say nothing at all." (Keep in mind that this song, by his own admission, was written after he was called out for cultural appropriation on twitter and responded like a condescending douchebag).

Supplies: "I don't know if you remember this, but I was out of town / Flew in on a 3 AM just to show up and hear your sounds (the multiple times!)."

"Now I wanna know everything / Don't leave a single detail out / I'll get mine later, just fell out / It makes me a generous lover."

Man of the Woods: "But then your hands talking / fingers walking / down your legs, hey, there's the faucet."

Sauce: "Ooh, I love your pink / you like my purple / That colour right between those / that's where I worship."

Higher Higher: "I might as well have been some butter / melting all over, girl, what?"

He also wrote an entire song about a flannel shirt that comes right after we listen to Jessica Biel do an interlude (Hers) about how she feels when she wears Justin's shirt, calling it "armour" that lets her understand Justin better. She also says it makes her feel like a woman (Justin is credited as the only writer on this track, btw). It's the most pretentious piece of spoken word you'll ever hear about a fucking shirt.

Was it always this bad? Let's take a look:

"After I break you down my fingers / it’s so sweet / That’s what you told me when I touched on your lips / Towel under the door, girl, before they pick up your scent, ah." (This song is 8 minutes long by the way).

Spaceship Coupe: "I don't want to be the one to alienate, yeah (alienate) / You see, I'm trying to find the alien in you (you) if it's cool (cool)."

You might argue, "yeah so what? It's pop music!" Well, keep in mind that JT has often been referred to as the new "King of Pop" and is one of the biggest male pop stars on the scene right now. Sure, the music itself often delivers courtesy of long time collaborators like Timbaland and The Neptunes. But the thing is, if his lyrics aren't making you cringe, at the very least they're poorly written and clichéd:

That Girl: "Now we didn't have to fall, but we fell in love to the bottom babe / No one's there to catch us, like when you fell from heaven that day, baby."


I personally don't believe that pop music needs to be completely devoid of lyrical content. And yet, while combing through this pop superstar's lyrics for this post, I didn't see a single line that jumped out at me for being a well-written or interesting lyric. Not one. The lyrics are regularly the weakest part of his songs and the part that Justin himself is most responsible for since his collaborators are the ones giving him the beats and production help that his albums have become known for.

Future Sex/Love Sounds (2006)
Now this is the album that really solidified Justin's place as a pop music icon. Future Sex/Love Sounds had a string of number 1 hits, was overall positively reviewed by critics, and was nominated for Album of the Year at the 2007 Grammy Awards. It was the album that finally showed the public that he wasn't just an ex-boyband member but that he was a solo artist in his own right.

The lyrics here may not be so obviously embarrassing as the previous ones mentioned (I mean, the album is called Future Sex/Love Sounds, so it's not completely lacking in the eye roll department) but they are still shoddily crafted (Justin even goes so far as to completely make up words to shoe-horn them into his rhyme scheme) and very repetitive. Most artists seem to progress as songwriters as their careers carry on, but Justin was always a poor lyricist and has only gotten worse.

Was the success of this album the reason for Timberlake's stunted growth as a songwriter? Did he realize that he didn't have to actually try with the lyrics if the beats and production values were strong enough? Or is he simply just a bad lyricist but too cocky to realize it and too egotistical to ask for help?


What Goes Around...Comes Around: "When you cheated, girl / My heart bleeded, girl."

Losing My Way: "Hi my name is Bob and I work at my job / I make forty something dollars a day. / I used to be the man in my hometown until I started to lose my way." (This is a song about crippling substance abuse, by the way).

Summer Love/Set The Mood (Prelude): "Do what I gotta do, just gotta show you that I'm the one, girl / Well I'mma freak you right / each and every night / I know how to do it insane, girl /
Cause I can make it hot / make it stop / Make you wanna say my name girl."

Timberlake has a penchant for rhyming the same words over and over again. In the above example he rhymes "girl" with "girl". He relies on the word so frequently in his lyrics that there only seem to be a handful of his songs that don't include the word "girl".

Justified (2002)
His debut solo album. Although a lot of the lyrics are simplistic and juvenile, this album isn't as bad as his newer offerings. This fact highlights that Timberleech is still entirely dependent on the people he works with and that he's shown absolutely zero growth towards becoming a stronger songwriter after decades in the music business.

Rock Your Body: "So go ahead, girl, just do that ass shakin' thing you do."

Nothin' Else: "Look, I'll be your confidant / Tell me anything /But please start it off with how you tuck your wings."

"Since you're an angel, baby your job's never done/Too bad the world won't see you when they dial 9-1-1."

"Girl, I say an ultimatum's for you / But you'd probably take that and just run / Now I gotta decide if I'mma help raise your mind / Seems like the ultimatum's on me that's no fun." (I'm not even 100% these are the proper lyrics. I tried to make sense of them when I listened to the song but...well...it's Timberlake so who the fuck knows).

Let's Take a Ride: "Girl you're the best / You could be / An angel among society / But you get crushed / From what you see / You try too hard to help and that's enough for me."

Thank you for your time.