These Exclusive 'Riverdale' Photos Will Have You Stressed About Archie's Future https://t.co/eeZKBrbQxV pic.twitter.com/dC5A0kGAaB

Episode 2x12 - The Wicked and the Divine

FORGIVE ME FATHER FOR I HAVE SINNED – Veronica's confirmation ceremony is approaching, but she's worried about Archie learning too much about the family business as Hiram's "intern". Which is a good thing to fear since he's probably still snitching to the FBI, and he's in over his head playing strip high-stakes poker with Hiram's shady friends.

Jughead and FP lead the charge after an incident at Pickens Park leads to increased tensions among the Serpents.

Meanwhile, Chic helps Betty deal with her inner ~~~darkness. Probably by revealing something fucked up.

---
They're currently filming episode 17 which seems to be all about elections. Both the mayoral election and student council

And Hermoine is either also running or just making a speech

Are all the parents running for Mayor?
Marisol Nichols as Hermione Lodge & Camila Mendes as Veronica filming #Riverdale in Fort Langley. pic.twitter.com/66x1RTXWHO

And your candidates for Student Council are... 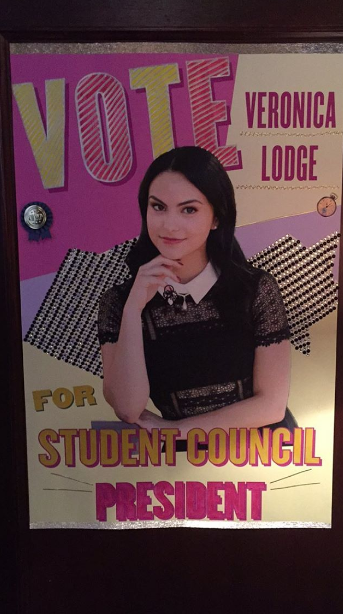 Aaaaand look who's joining the River Vixens. This came from Ashleigh's IG stories

---
It was Ashleigh Murray's birthday recently (she's now 30!?!?), and Camila wished her a happy birthday

camimendes: pls go wish a happy birthday to this beautiful, strong, inspiring, and selfless woman. for real tho, you don’t know what a hug is until you’ve hugged @iamamurray 👼🏼 ash ilysm; so many videos of us having a good time but here are the two that I could find (it’s a shame @_melton_ sabotaged the second one)

It was also Skeet Ulrich's birthday, and some of the cast sang to him which was shared on Madchen's IG stories, but I can't figure out how to embed so HERE

Guys, you will NOT believe this episode of #Riverdale… #neverforget pic.twitter.com/HP6TRB3jVE 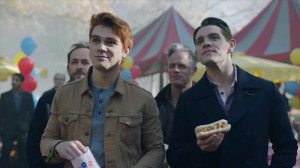