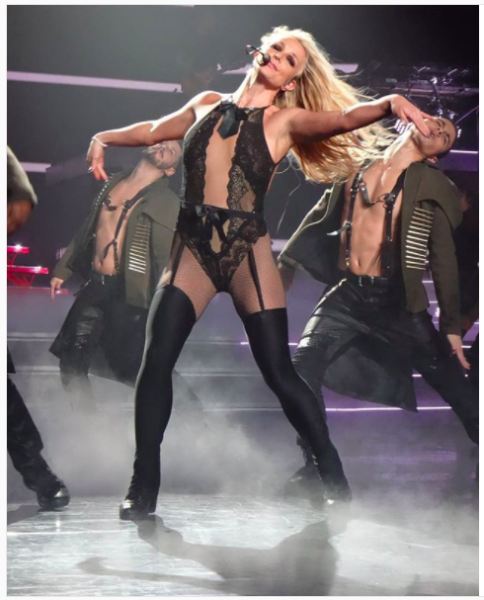 It's a wrap! Britney performed her last ever 'Piece of Me' show this weekend in Vegas, marking the end of her hugely successful, $135m grossing residency! Did you attend ONTD?


After four years and more than 250 performances, here are some impressive facts about @britneyspears' trail-blazing Piece of Me show at @PHVegas. Via @billboard https://t.co/fYVQtZlLlA pic.twitter.com/y6Hb1zAhYn

It’s almost showtime! I just want to say thank you to the #PieceOfMe cast and crew, the city of Las Vegas, and all of the fans who came out to sing, dance and party!! What an incredible four years!! Love you all!! 💋

Beyond Proud of my sister #Icon #repost
Just like that 250 shows completed and @britneyspears being the leader and paving the way. She took the risk and the others followed. Here is to 2018 and paving the way! 🎉 Icon pic.twitter.com/HOsCeJLE9k

Final Meet and Greets with fans


Thank you @britneyspears you are the sweetest and thank you for remembering me and helping me out of my wheelchair 💕 pic.twitter.com/QykO3eSDWO

Hot as ice Pics from the stage