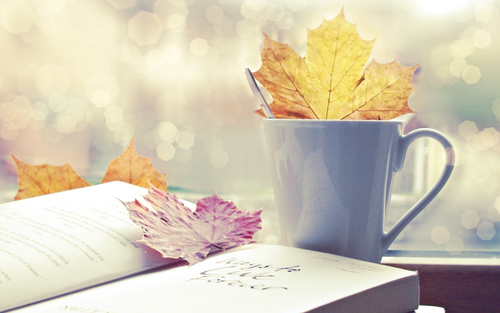 Having a hard time? There's no better cure than a cosy evening curled up with a nice book and a cup of hot chocolate. Here are 10 recs for heartwarming, cosy, feel-good books.

Miss Buncle's Book
by D.E. Stevenson
Barbara Buncle is in a bind. Times are harsh, and Barbara's bank account has seen better days. Stumped for ideas, Barbara draws inspiration from fellow residents of her quaint English village, writing a revealing novel that features the townsfolk as characters. The smashing bestseller is published under the pseudonym John Smith, which is a good thing because villagers recognize the truth. But what really turns her world around is when events in real life start mimicking events in the book. Funny, charming, and insightful, this novel reveals what happens when people see themselves through someone else's eyes.

OP SAYS: This book is super funny and adorable. It's a perfect feel-good read, and there are sequels if you finish it and find you can't get enough of the characters! 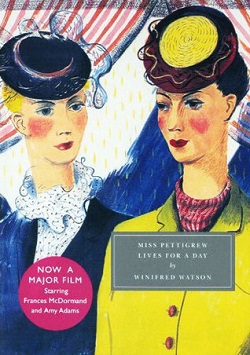 Miss Pettigrew Lives for a Day
by Winifred Watson
Miss Pettigrew, an approaching-middle-age governess, was accustomed to a household of unruly English children. When her employment agency sends her to the wrong address, her life takes an unexpected turn. The alluring nightclub singer, Delysia LaFosse, becomes her new employer, and Miss Pettigrew encounters a kind of glamour that she had only met before at the movies. Over the course of a single day, both women are changed forever.

OP SAYS: I also love the movie with Amy Adams and Lee Pace, it's a perfect companion for the book. 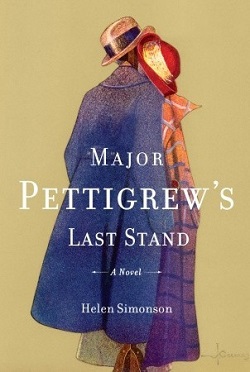 Major Pettigrew's Last Stand
by Helen Simonson
The Major leads a quiet life valuing the proper things that Englishmen have lived by for generations: honor, duty, decorum, and a properly brewed cup of tea. But then his brother's death sparks an unexpected friendship with Mrs. Jasmina Ali, the Pakistani shopkeeper from the village. Drawn together by their shared love of literature and the loss of their respective spouses, the Major and Mrs. Ali soon find their friendship blossoming into something more. But village society insists on embracing him as the quintessential local and her as the permanent foreigner. Can their relationship survive the risks one takes when pursuing happiness in the face of culture and tradition?

OP SAYS: I love this book a lot and thought it was pretty sensitive in dealing with some difficult subjects. Generally speaking, I'd say this book is a drama, but there is also a lot of dry humour, a cute romance, and a happy ending. 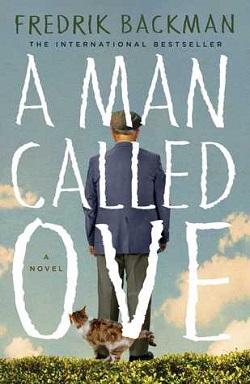 A Man Called Ove
by Fredrik Backman
Ove is a curmudgeon. He has staunch principles, strict routines, and a short fuse. People call him the bitter neighbor from hell, but must Ove be bitter just because he doesn't walk around with a smile plastered to his face all the time? Behind the cranky exterior there is a story and a sadness. So when one November morning a chatty young couple with two chatty young daughters move in next door and accidentally flatten Ove's mailbox, it is the lead-in to a comical and heartwarming tale of unkempt cats, unexpected friendship, and the ancient art of backing up a U-Haul. All of which will change one cranky old man and a local residents' association to their very foundations.

OP SAYS: Ready for a good cry? This book freaking destroyed me, and yet it is so heartwarming that here I am recommending it for a cosy read (although "feel-good" might be a stretch). 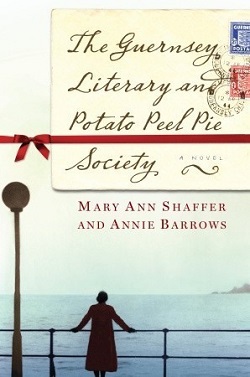 The Guernsey Literary and Potato Peel Pie Society
by Mary Ann Shaffer
January 1946: London is emerging from the shadow of the Second World War, and writer Juliet Ashton is looking for her next book subject. Who could imagine that she would find it in a letter from a man she’s never met, a native of the island of Guernsey, who has come across her name written inside a book by Charles Lamb... Juliet is drawn into the world of this man and his friends. The Guernsey Literary and Potato Peel Pie Society—born as a spur-of-the-moment alibi when its members were discovered breaking curfew by the Germans occupying their island—boasts a charming cast of characters, from pig farmers to phrenologists, literature lovers all. Juliet begins a remarkable correspondence with the society’s members, learning about their island, their taste in books, and the impact the recent German occupation has had on their lives. Captivated by their stories, she sets sail for Guernsey, and what she finds will change her forever.

OP SAYS: This book is freaking adorable and there might as well be a picture of it next to "heartwarming" in the dictionary. If you like it, try also 84 Charing Cross Road! (And there's a movie coming out with Lily James and Michiel Huisman). 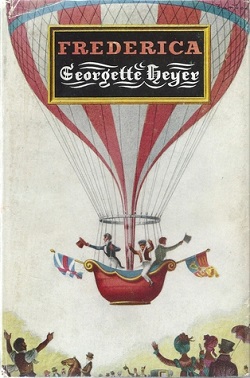 Frederica
by Georgette Heyer
When Frederica brings her younger siblings to London determined to secure a brilliant marriage for her beautiful sister, she seeks out their distant "cousin", the Marquis of Alverstoke. Lovely, competent, and refreshingly straightforward, Frederica makes such a strong impression that to his own amazement, the Marquis agrees to help launch them all into society. Normally wary of his family, which includes two overbearing sisters and innumerable favor-seekers, Lord Alverstoke does his best to keep his distance. But with his enterprising - and altogether entertaining - country cousins getting into one scrape after another right on his doorstep, before he knows it the Marquis finds himself dangerously embroiled...

OP SAYS: I am not usually one for big age differences in romance (24-37 here), but Heyer definitely, 100% sold it to me, and this book is SO HILARIOUS that out of alllllll the Heyer books I've read, this is the one I'm recommending for a perfect feel-good read. Trust me on this. 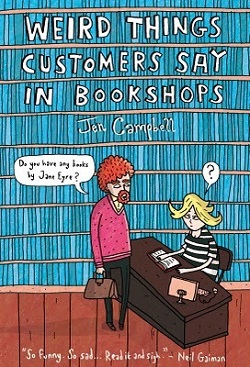 Weird Things Customers Say in Bookshops
by Jen Campbell
This book is a miscellany of hilarious and peculiar bookshop moments: 'Can books conduct electricity?', 'My children are just climbing your bookshelves: that's ok... isn't it?'. A John Cleese Twitter question ['What is your pet peeve?'], first sparked the 'Weird Things Customers Say in Bookshops' blog, which grew over three years into one bookseller's collection of ridiculous conversations on the shop floor. From 'Did Beatrix Potter ever write a book about dinosaurs?' to the hunt for a paperback which could forecast the next year's weather; and from 'I've forgotten my glasses, please read me the first chapter' to 'Excuse me... is this book edible?: here is a book for heroic booksellers and booklovers everywhere.

OP SAYS: If you aren't really in the mood for a novel, this is a perfect bit of lighthearted fun for book nerds. I was laughing so hard there were tears in my eyes, and the sequel is just as funny. 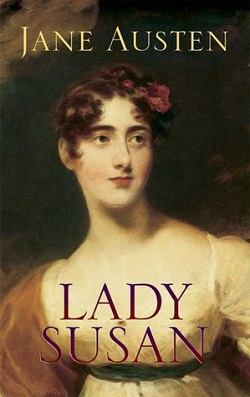 Lady Susan
by Jane Austen
"Oh what a mistake were you guilty in marrying a man of his age! - just old enough to be formal, ungovernable and to have the gout - too old to be agreable, and too young to die." Beautiful, flirtatious, and recently widowed, the unscrupulous Lady Susan Vernon seeks an advantageous second marriage for herself, while attempting to push her daughter into a dismal match. A magnificently crafted novel of Regency manners and mores that will delight Austen enthusiasts with its wit and elegant expression.

OP SAYS: A-ha! You thought I was going to rec Pride and Prejudice, didn't you? But this overlooked Austen gem is a hilarious, perfect short read for a cosy afternoon. I was delighted at Lady Susan's conniving, manipulative ways. 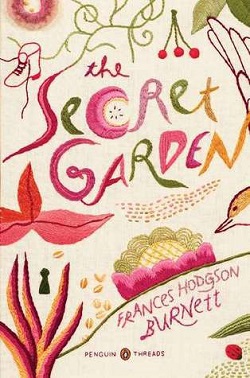 The Secret Garden
by Frances Hodgson Burnett
When orphaned Mary Lennox comes to live at her uncle's great house on the Yorkshire Moors, she finds it full of secrets. The mansion has nearly one hundred rooms, and her uncle keeps himself locked up. And at night, she hears the sound of crying down one of the long corridors. The gardens surrounding the large property are Mary's only escape. Then, Mary discovers a secret garden, surrounded by walls and locked with a missing key. One day, with the help of two unexpected companions, she discovers a way in. Is everything in the garden dead, or can Mary bring it back to life?

OP SAYS: This book is a children's classic, and guaranteed to warm even the coldest heart. 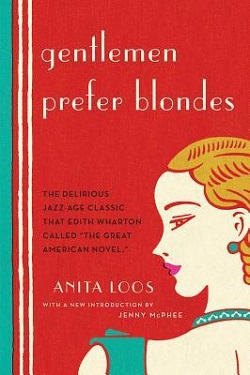 Gentlemen Prefer Blondes
by Anita Loos
This delirious 1925 Jazz Age classic introduced readers to Lorelei Lee, the small-town girl from Little Rock. Outrageous and charming, this not-so-dumb blonde has become the archetype of the footloose, good-hearted gold digger (not that she sees herself that way). Masquerading as her diaries, Gentlemen Prefer Blondes follows Lorelei as she entertains suitors across Europe before returning home to marry a millionaire. In this delightfully droll and witty book, Lorelei’s glamorous pragmatism shines, as does Anita Loos’s mastery of irony and dialect.

OP SAYS: Everyone knows the Marilyn Monroe film (which is great), but did you know that the original Lorelei Lee was a flapper? It just makes the story that much more fun. It is truly priceless to read Lorelei's (hilariously misspelled) innocent-sounding diary entries as she lives the high life and fleeces one guy after another.