WB tried to hide Justice League's Rotten Tomatoes score but an app leaked it.... and the score is... 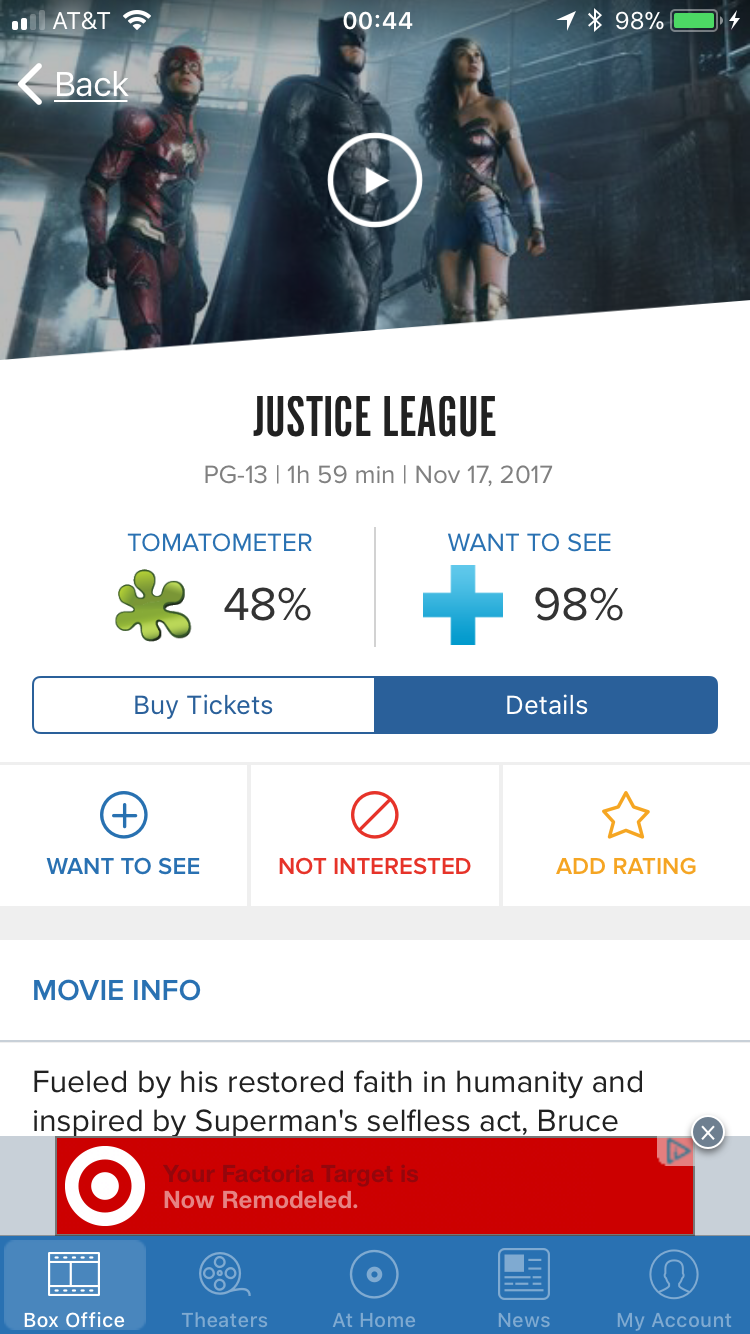