Avengers 4 is filming right now in Georgia and there are some big spoilers... 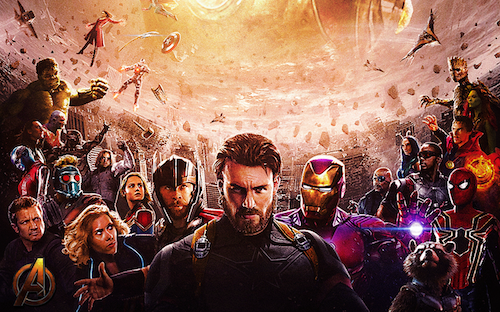 Spoilers after the cut!

- Filming pics reveal there will be a flashback to the end of the Battle of New York. You can see Loki in prisoned by Thor who's spotting his long hair and hammer. Fueling rumors that the Avengers will have to travel to the past to fix whatever happens in Avengers: Infinity War.
- Hayley Atwell was also in Georgia with some spots on her face, so we'll probably see aged Peggy Carter.
- RDJ is seen in some sort of SWAT uniform, which we've never seen so it may be happening in the present.
- Chris Evans has shaved his Infinity War beard. (NOOOOOOOO!!!!)
- Hawkeye is seen with his Ronin uniform, confirming the death of his wife and kids.


New photos from the filming of "The Avengers 4" pic.twitter.com/GVhu71Ec95


Avengers 4 set pics of several characters are a blast from the past.
Warning: Potential Spoilers ⚠️https://t.co/tesQTK4Zjt pic.twitter.com/dV0qyeqYBE

ONTD, what are your wishes for Avengers 4, besides more shirtless Thunderbae?