ALL ABOARD! Next stop: Lisbon! #Eurovision 2018 pic.twitter.com/YrgUPSd5Uk

Eurovision is happening on May 8th, 10th and 12th, at the Altice Arena in Lisbon, Portugal.


This is the official logo and slogan, released yesterday:

You can catch up with all the exciting news about #Eurovision 2018 that @rtppt have just presented here: https://t.co/EFDHdYMoIE pic.twitter.com/5nZQSJKm5k

According to the creative director of RTP, Gonçalo Madaíl, "for centuries, Portugal explored the world by sea. Today, Lisbon is more and more the city of all colors, a great harbour of cultures and sounds that welcomes you all to come aboard!". Here are some variations: 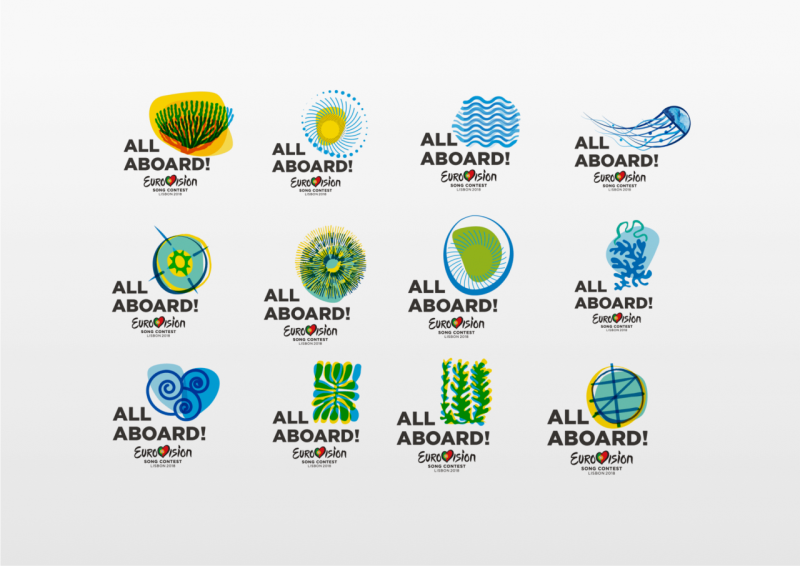 The 42 countries participating in #Eurovision 2018 are... pic.twitter.com/DNiuz1iGeo

42 countries are confirmed this year. Russia is back after being banned from this year's contest. F.Y.R. Macedonia is not taking part of Eurovision 2018 due to the broadcaster's - Macedonian Radio Television (MRT) - debts, which is over 500,000 euros. #JusticeforDanceAlone


While we have no songs released yet, two countries already announced who will represent them.

From Belgium, it's Laura Groeseneken!


She has worked in 007 In Concert, a franchise celebrating the 50th anniversary of James Bond franchise. As a solo singer, she works under the name Sennek. Here is one of her live performances:


From Finland, it's Saara Aalto!

Surprise! @saaraaalto will represent Finland in #Eurovision 2018 and her song will be chosen through #UMK18. More: https://t.co/yYRhabQRHL pic.twitter.com/6bgfSz0XgD


From Azerbaijan, it's AISEL!

She has performed in a lot of jazz festivals, like Baku International Jazz Festival and Montreux Jazz Festival. Here is one of her most recent songs:


While other countries hasn't announced their representatives, there are rumors going on, like Sharon den Adel (singer of Within Temptation) representing The Netherlands

and the final 5 songs competing to represent Greece next year