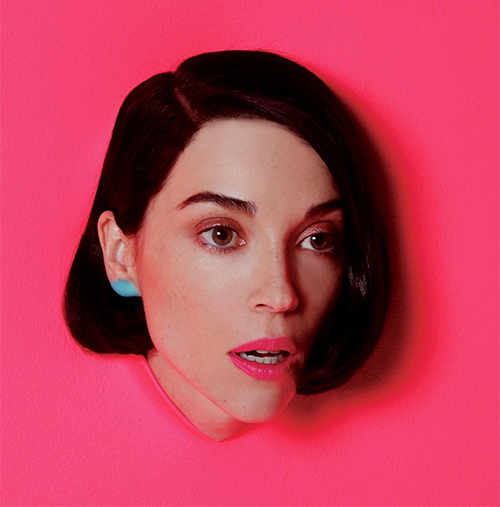 Annie Clark is back with her 5th album MASSEDUCTION. Critics are calling this her best effort yet.

It's a full ★★★★★ for @st_vincent's absurd, sexy, and totally out of this world 'MASSEDUCTION'. Review. https://t.co/jkucsxzpvt pic.twitter.com/yCLxkM9EpT

- 'this is the moment that St Vincent enters the fabled realm reserved for the greats'
- Admires the 'queered approaches to gender and sexuality on fluid banger "Sugarboy"'
- Praises its weirdness, utter honesty, and dark humor.

- 5 stars
- Although the subject matter alludes to mortality, suicide and drugs – every track is incredibly uplifting.
- "Saviour" is the sexiest song that Prince never wrote.
- "Smoking Section" is chilling: “sometimes I go the edge of my roof, and I think I’ll jump just to punish you”
- 'spiritual successor of David Bowie and Prince'.

- '“Hang On Me” is for anyone who has ever watched the scaffolding of their world collapse in slow-motion'.
- 'Antonoff isn’t all over MASSEDUCTION the same way he’s not all over Lorde’s Melodrama'.
- All that’s fun and sexy about MASSEDUCTION comes to a halt with “Young Lover,” in which a near-dead body is found bleeding out in a bathtub.
- Her most cohesive and accessible album to date.