Asia Argento: producer who brought me to H. Weinstein's room SAME one Damon/Crowe vouched for 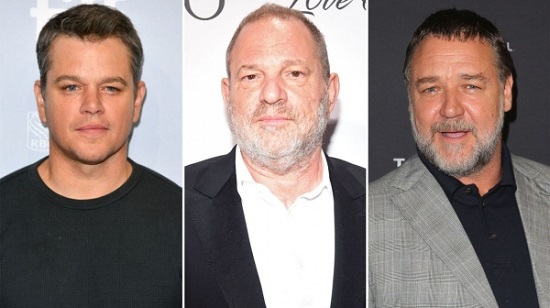 In Asia Argento's statement to the New Yorker about her experience with Harvey Weinstein, she says that in 1997 a producer invited her to a "Miramax party" at a hotel in the French Riviera. The producer allegedly brought her to Harvey Weinstein's room, which was empty but for Harvey - the party invitation had been a ruse. When she asked the producer about the party, he allegedly replied that they were just early, and then left her alone with Weinstein, who would in the same evening allegedly force himself on her. According to the New Yorker, the producer in question, who wasn't named in the piece, denies bringing Asia to Weinstein's room that night.

Who is this producer? According to her, Fabrizio Lombardo. The same guy Weinstein asked Matt Damon and Russell Crowe to vouch for as a legitimate professional to a reporter (and not a guy who brought women to Weinstein). Damon says Weinstein only told him the reporter was writing "a negative piece", and to say what his experience working with the producer was. The actor apparently did not ask for additional details. Asia Argento claims "everybody knows" about Lombardo.

NEW: Sharon Waxman just wrote an updated story on Lombardo, with another woman coming forward against him, and explains further about her previous attempt to write a story on him.

Fabrizio Lombardo brought me to Weinstein's room when I was 21 in '97. He told me it was a Miramax party. Only Harvey was there.

When I started speaking to Farrow, I received creepy, intimidating text msgs by this alleged Italian producer (named in the Damon scandal)

Everybody knows about this guy.

This is another message I received from "producer" Fabrizio Lombardo last Thursday #nutsandsluts pic.twitter.com/BypY6YgjLs