Is Calvin Harris an anti-vaxxer? 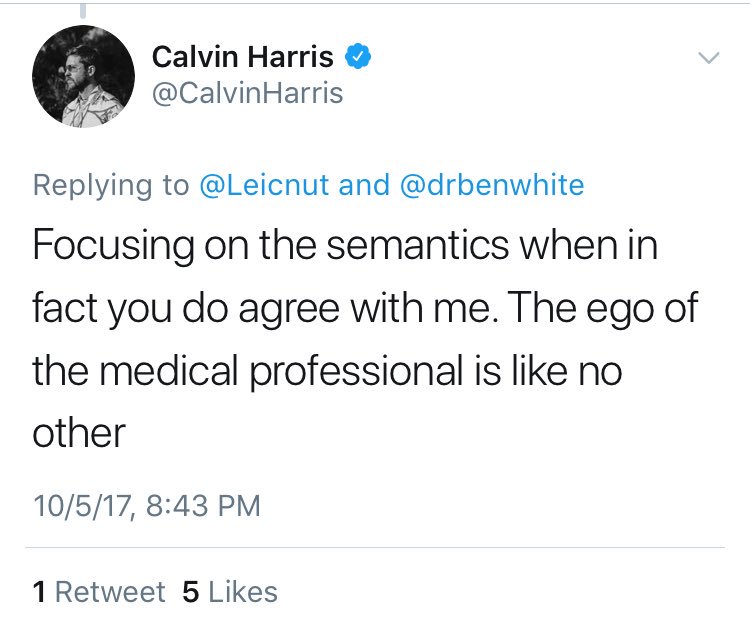 Calvin Harris got into a Twitter spat with some doctors yesterday when he tweeted that Theresa May needs a liver cleanse after criticizing the Tory conference for playing his song "This is What We Came For" to introduce May to the stage:

Conservative party conference playing my song was not approved - I do not support nor condone happy songs being played at such a sad event
— Calvin Harris (@CalvinHarris) October 4, 2017

'This is What You Came For' belts out to welcome Theresa May to the stage - accurate at least I guess pic.twitter.com/Leng3Au9yS

Some doctors took issue with the medical validity of Calvin's tweet: 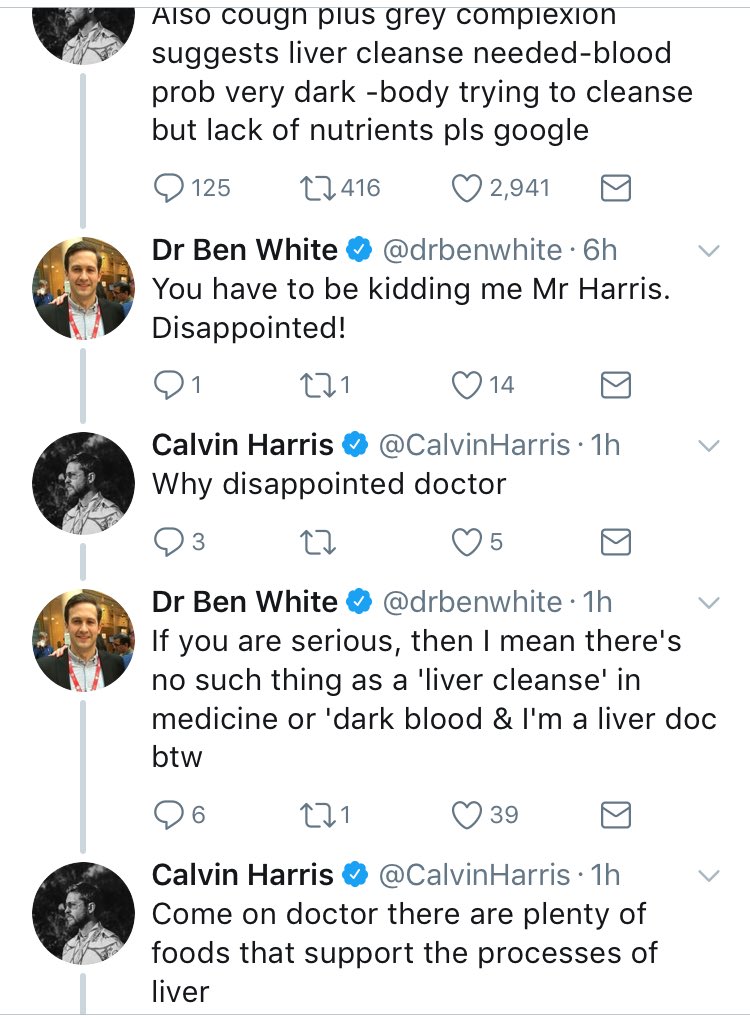 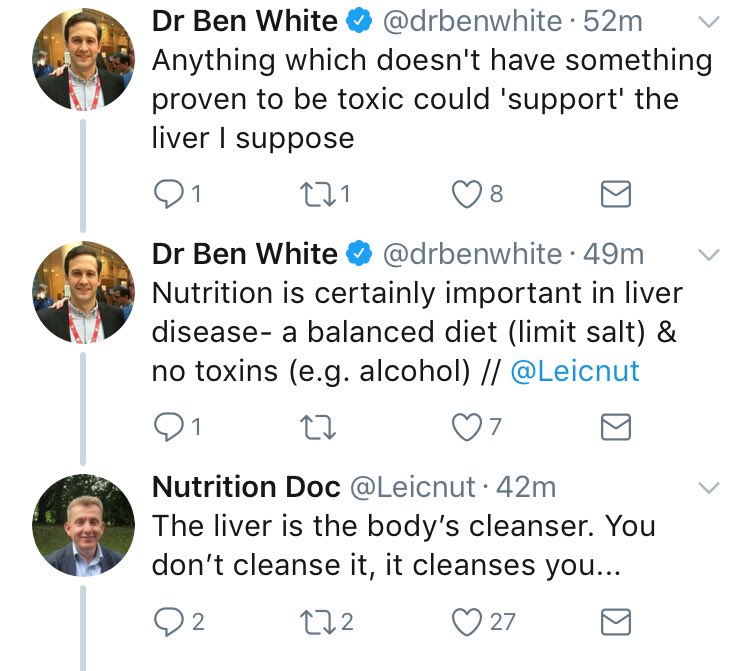 At some point he began to argue with a doctor about the healing power of fruits and vegetables and the toxicity of vaccines: 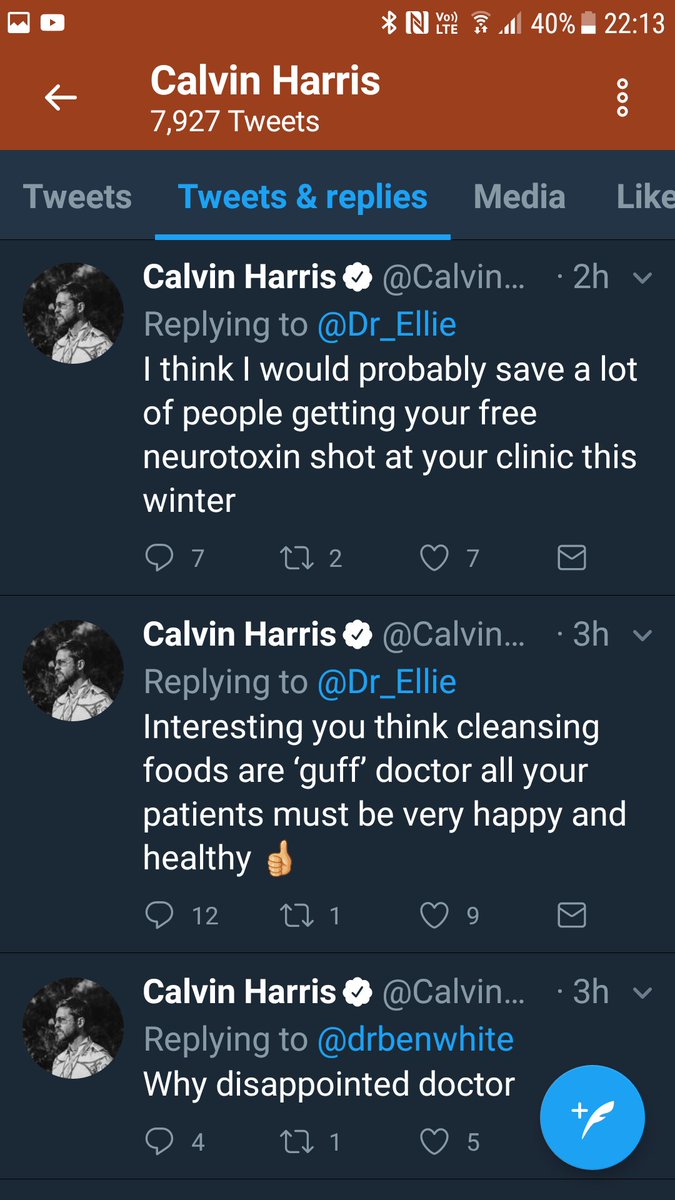 Tomorrow in clinic I'm gonna give people advice on their funk and nu-disco while you dish out health advice on here? 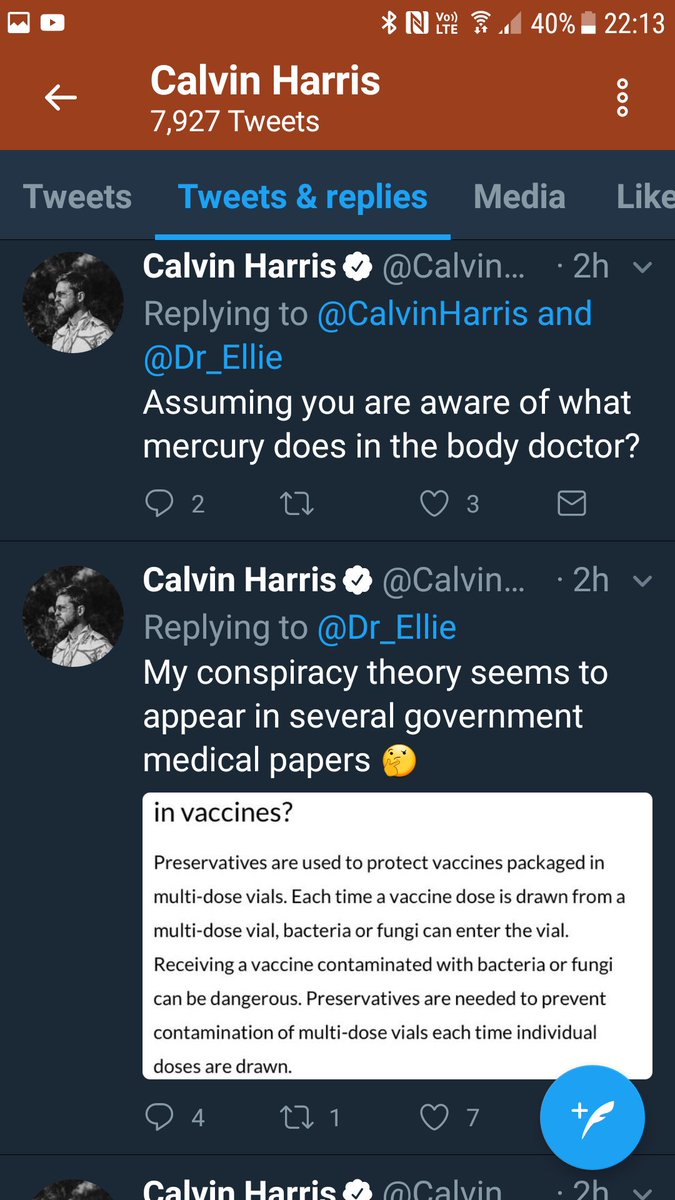 GROAN. You're only sending that because you don't understand the difference between methyl mercury and ethyl mercury. 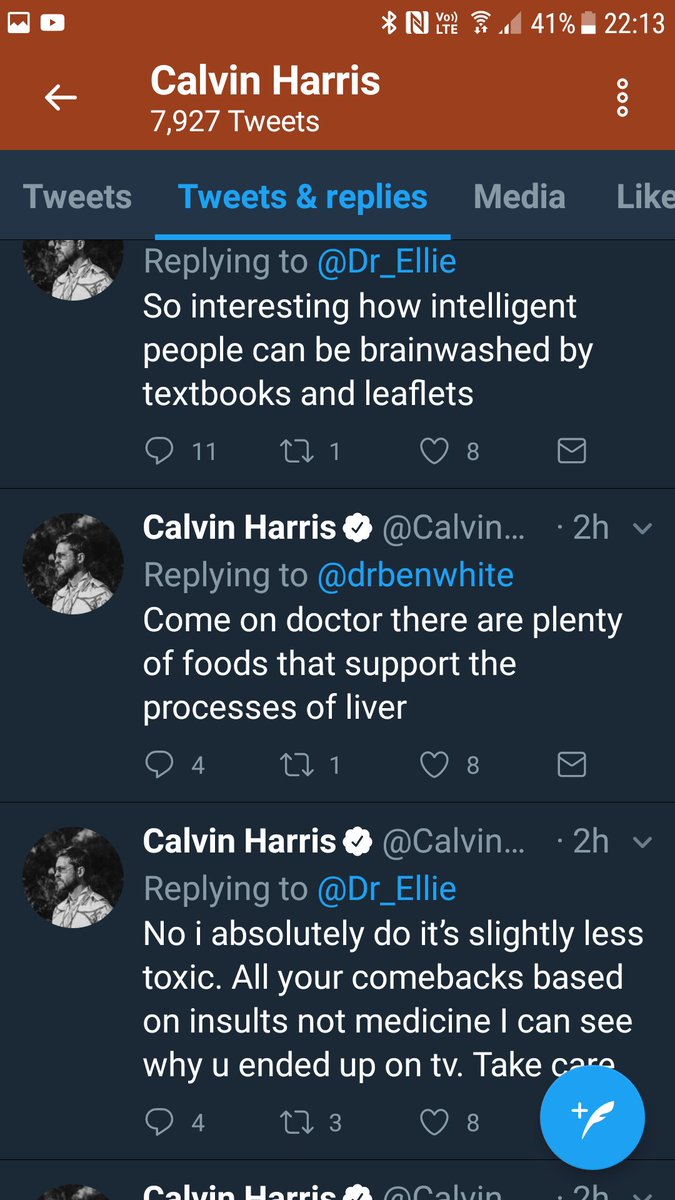 Yes that's how I learnt medicine. Textbooks and the odd leaflet.

Not an insult. Your conspiracy theories are insulting to medical science! https://t.co/gxUpBwpI5N 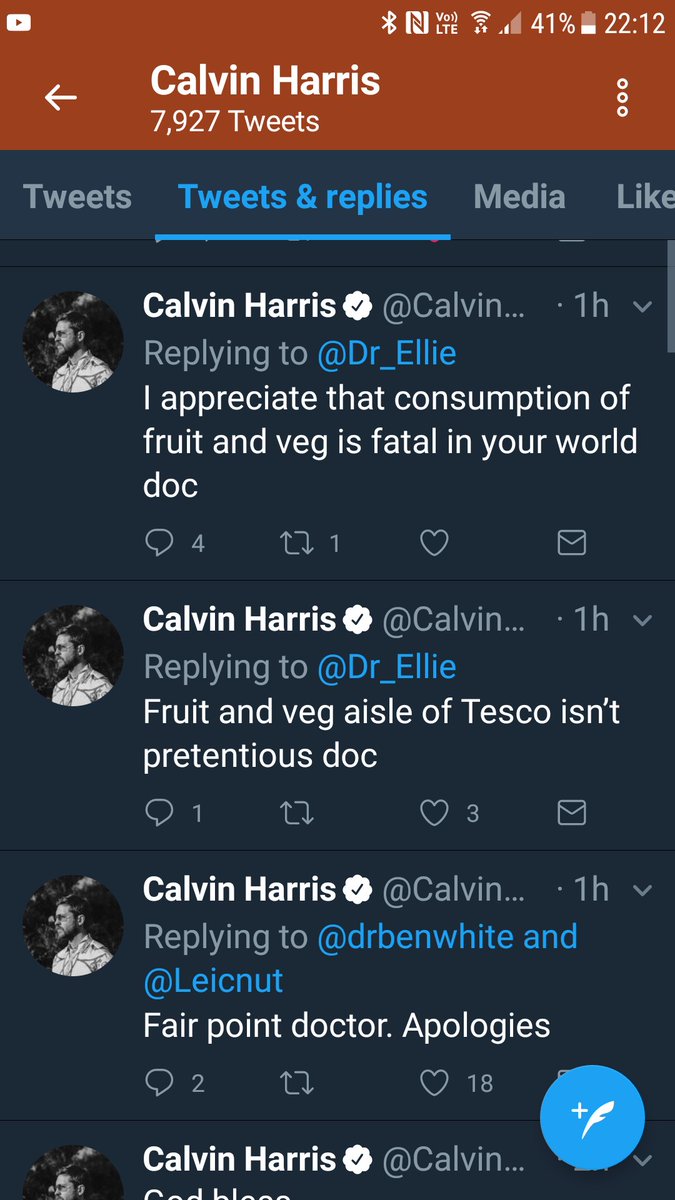 He deleted all his tweets and logged out with:

The two doctors seemed to walk away with differing views of the exchange:

to be fair to @CalvinHarris after a discussion he acknowledged and took down the tweet. Respect 👍

Interestingly @CalvinHarris has deleted all his tweets to me about mercury, anti vax, liver cleanse and other Woo.