With Doctor Who regenerating into a female for the first time in the shows history and causing massive outrage across the galaxy, here are other examples of popular male characters turning into female characters. Sherlock Holmes and his partner in crime Watson are an iconic dynamic duo but when CBS decided to do their take on the characters they changed one big thing. John Watson was changed to Joan Watson.

The creators decided to do the gender swap stating "One of the things I came across is that Holmes struggles a bit with women. He struggles with people in general, but there are moments when he doesn’t quite seem to get the fairer sex. What could be more trying for Sherlock Holmes than working with Watson as a woman?” In the 1968 version of Hawaii Five-O, females were not a big part of the main cast so when the show was rebooted, the creators decided to make Kono into a female. The creators stated they wanted to add a powerful female to the cast who wasn't a secretary. When ABC decided to adapt the Australia series 'Secrets and Lies' they made one major change, Ian Cornielle became Andrea Cornell! No reason was ever given (to my knowledge) but it appears they wanted to add more of a female presence to the show. 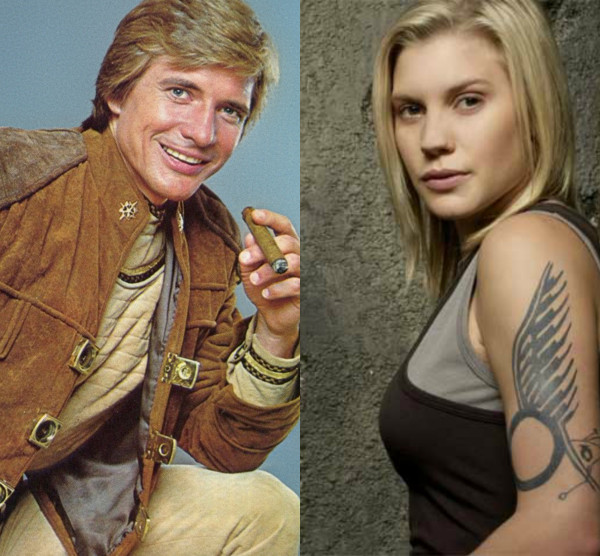 One the most controversial gender swaps came in the form of Starbuck from BSG. In the original series Starbuck was a cigar-smoking, lady killer but when Ronald Moore rebooted the series for Syfy, he decided to make the character into a female. He once stated that he knew the decision would be controversial but with female pilots in war mbecoming more common it made sense to genderswap the character.

What do you think of gender swapping? Any other examples? Future swaps you hope are made?