---
Former Green Bay Packers quarterback Brett Favre and family stopped by the set since they were apparently vacationing in Vancouver, and his daughters are fans


It looks like the second episode will either feature more dream weirdness or the gang is gong to get all dressed up to save Pop's which might get vandalized as a result of Fred getting shot. 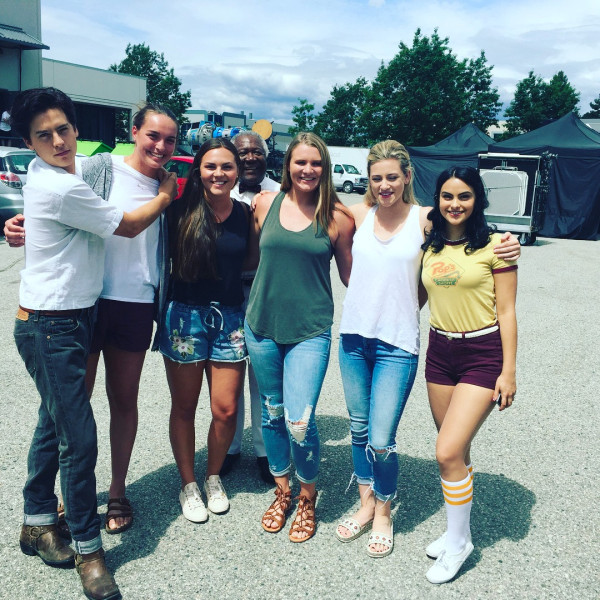 Thanks to Madchen Amick tagging her in an instagram story, it's being speculated that Emilija Baranac will play the elusive Midge Klump aka Moose's girlfriend 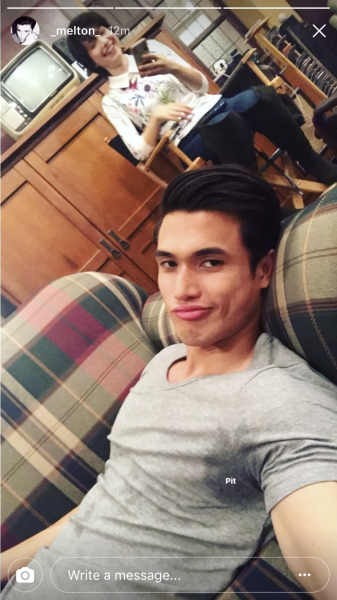 In other news both Skeet Ulrich and Robin Givens are on set now.


Josie @iamamurray ....Mom just landed in Vancouver. Can't wait to give you a huge hug 😘@CW_Riverdale

And the Lodges take a family reunion picture

The Lodges are back together and ready for #Riverdale Season 2! pic.twitter.com/50e0CLmola

Dark Season Two of #Riverdale continues, and Gang, NO ONE is ready for episode four… pic.twitter.com/tGB0GBvO5J

The Town That Dreaded Sundown is about a hooded killer in Texarkana in the 1940s. RAS wrote the screenplay for the remake

Are you going to #SDCC next month? The @CW_Riverdale panel on Saturday is gonna be so much fun!#Riverdale pic.twitter.com/sjBtMD4tIC

Calling all #Riverdale fans! Send me your questions for the cast + season 2 & I might include it at the #SDCC panel! pic.twitter.com/MYa8cANrA7

You can also vote to have Riverdale be on the cover for EW's annual TV Fall Preview edition. That facct that Cole doesn't want you to vote would probably get some ONTD spite votes

#ThisIsUs, #TheWalkingDead, #Riverdale and more are competing in our #EWCoverBattle. Vote for your favorite now: https://t.co/onXKWbUGDH pic.twitter.com/ohorzx96nI

This show also somehow managed to win a Saturn Award

The cast hung out on Canada day at Kelly Rippa and Mark Consuelos' house as part of a birthday party for Camila.

All the fantastic people met and killer fun we had yesterday😌 @CW_Riverdale & @TheCW #FTW ❤️❤️ GOD it's good to be BACK!!! pic.twitter.com/q9UwfASr34

[CANDIDS] Adelaide out and about with Madelaine Petsch on July, 9th, 2017. pic.twitter.com/0vsmHuUqbk

And Jeremy Jordan, Carlos Valdes, and Casey Cott did an escape room together. Another fun fact is that Casey's older brother, Corey Cott, was Jeremy Jordan's replacement on the Newsies


The housewives of Riverdale having vegan dessert together