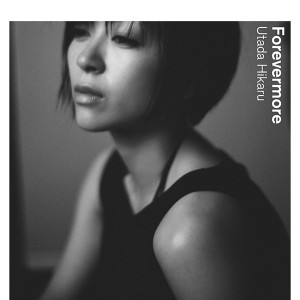 As previously reported, Utada Hikaru released "Oozora de Dakishimete" as her first digital single since the release of her comeback album "Fantôme" yesterday. Since its release, the song reached #1 on iTunes in the following seven countries/regions: Taiwan, Hong Kong, Thailand, Singapore, Malaysia, Philippines, and Japan. To celebrate the successful release and promote the single, a special page has been added to Utada Hikaru's official site that updates its apperance based on the most retweeted lyric from the song.

Meanwhile, Hikki also announced her next digital single "Forevermore" will be released on July 20th. The song serves as the theme song of TBS drama "Gomen, Aishiteru". A snippet can be found on her official site's discography page. 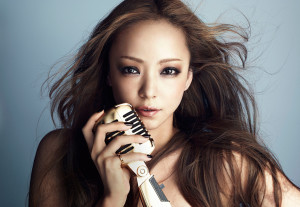 Note: I'd use a picture of Haruto since he's the main subject of the post, but there isn't any recent pictures of him since Namie keeps her life private af
Before getting into the news itself, let's refresh ourselves regarding Namie Amuro's relationship with Masaharu Maruyama (Also known as "SAM" of TRF fame). In 1997, Namie Amuro shocked the industry with the announcement of her marriage to Maruyama (They were 22 and 37 respectively) as well as her pregnancy. Some considered this incident as the origin of the term "dekichatta kekkon" (Shotgun wedding) in the context of the Japanese entertainment industry. Five years later, the couple divorced due to irreconciable differences. According to multiple tabloids, Maruyama's family heavily contributed to the divorce due to their strong disapproval towards Namie Amuro as she came from a struggling single mother household whereas Maruyama's family owns a successful hospital with multiple doctors in the family. Although Maruyama gained custody of their son (Haruto Amuro) during the divorce, Namie eventually gained full custody of Haruto in 2005 while reviving her career.

A recent article has been released detailing Haruto's relationship with Namie Amuro, his educational accomplishments, and plans on pursuing a music career. This article is especially intriguing due to Namie Amuro keeping her and her family's life as private as possible. According to this article, Namie Amuro is a dilligent mother that supports her son as much as possible while raising him to become a responsible, independent adult. An entertainment official claims that she would tell her son things such as "I’ll mother you until you graduate from high school, but after you graduate [from high school], you will have to forge your own path [as an adult]" and "Challenge yourself, take responsibility for your actions, and don’t break the law".

As for Namie herself, she reportedly tries to be as involved in Haruto's life as possible despite how her work can easily conflict with this goal. Namie will not work after 6PM on weekends in order to secure time with her son and allegedly wakes up at 6AM in order to prepare lunch for Haruto everyday. She also picks him up from school whenever possible and will devote her long breaks to travelling with her son.

After attending an international school in Tokyo and later transferring to a Japanese high school specailizing in English eduction, Haruto spent a small period of time abroad to study in the United States. Now, he is attending an unamed prestigious university. According to the same entertainment official, Namie fully supports her son's educational goals and doesn't mind spending money to allow him to study abroad, but she made sure Haruto understands the value of money and to use it responsibly.

However, it seems like Haruto is also eyeing at a potential music career. While attending university, he is attending lessons on his own volition to become a music artist in America. According to rumors, Namie Amuro has been allegedly spotted attending her son's music and dance lessons at avex's training studio located in Harajuku. According to an official at avex, Haruto trains on the same floor as other trainees (But separated by a room divider), and Haruto has expressed a desire to work on music composition and recently started playing piano in his own style. 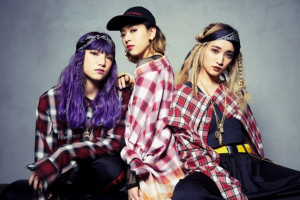 Following the footsteps of Flower sub-unit ShuuKaRen, LDH announced the debut of Happiness sub-unit SudannaYuzuYuri featuring members Anna Suda and YURINO along with E-Girls vocalist/performer Yuzuna Takabe. Following their debut single "OH BOY", the group is currently preparing for the release of their second single "CALL ME NOW". Although no information has been given regarding tracklist or album covers outside of following the typical release formats of E-Girls (Three editions: CD, CD + DVD, 1 Coin/A-Side only), the music video for this single has been released today on their label's Youtube page. The single will be released on August 9th. 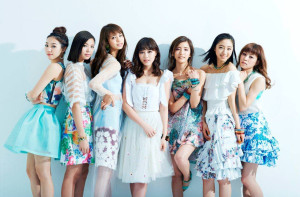 In addition to the release of SudannaYuzuYuri's second single, Flower will also be releasing a single titled "Taiyou no Elergy" on August 23rd. The single serves as the ending theme for Shoukoku no Altair. However, no additional information is currently known about the single, but I'll be sure to keep you updated as more content/information will likely be released as it gets closer to the release date. A preview of the song can be found via the anime's credits. Nogizaka46's sister group and 48G rival Keyakizaka46 has been on a rise since their debut. Following the release of their latest single "Fukyouwaon" on April 5th, the group has now released the music video for the single's B-side "Eccentric" three months later. This unusual move is done to promote "Zankoku na Kankyakutachi": A drama featuring the idol group about 21 female high school students trapped in a classroom that must earn the approval of an audience watching a live-time feed in order to escape. Meanwhile, the group will release their debut album "Masshirona Mono wa Yogoshitaku Naru" on July 19th. The music video can be seen at the source (Can't embed).
Mr. Children Teases New Music in a Collaboration CM with Docomo 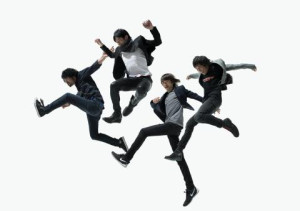 The popular pop-rock band is currently celebrating their 25th year in the industry with new content including a new single titled "himawari" releasing on July 26th as well as a commercial with phone carrier NTT Docomo that celebrates the band's discography. A short version of the commercial has been released featuring songs that highlights Mr. Children's career such as their debut single "Kimi ga Ita Natsu" and their popular ballad "365 Nichi". At the end portion of the commercial, an unreleased demo of a new song can be heard. A full version of the commercial will be released on July 26th, possibly featuring a fuller version of this new song and a sign of more content from Mr. Children to promote their 25th anniversary.

Hey! Say! JUMP Releases Music Video for Precious Girl and Are You There? and Details for their 10th Anniversary Best Album 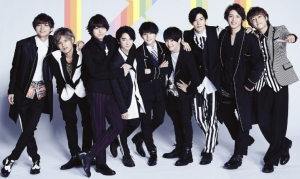 Idol boyband Hey! Say! JUMP will be releasing double A-side single "Precious Girl/Are You There?" and best album "Hey! Say! JUMP 2007-2017 I/O" to celebrate their 10th anniversary as a group. The group recently released the music videos for the two songs featured in the single. They can be found below.

Meanwhile, more information about the best album has been released including tracklist and album covers. It should be noted that the best album will not contain the two songs from the single. Tracklist and covers can be found below.
[Tracklist (Long af)]
(23 Singles Featured on All Editions)
1. Ultra Music Power
2. Dreams come true
3. Your Seed
4. Bouken Raider
5. Mayonaka no Shadow Boy
6. Hitomi no Screen
7. “Arigatou” ~ Sekai no Doko ni Itemo ~
8. OVER
9. Magic Power
10. SUPER DELICATE
11. Come On A My House
12. Ride With Me
<DISC2>
1. AinoArika
2. Ai Sureba Motto Happy Life
3. Weekender
4. Asu e no YELL
5. Chau♯
6. 我 I Need You (Oo I Need You)
7. Kimi Attraction
8. Maji SUNSHINE
9. Fantastic Time
10. Give Me Love
11. OVER THE TOP
Regular Edition 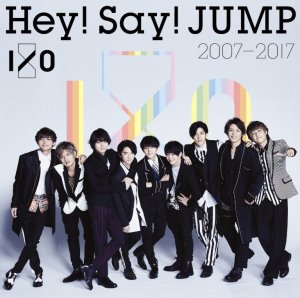 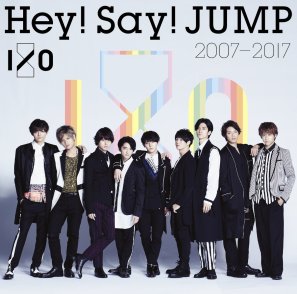 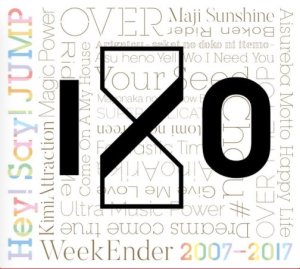 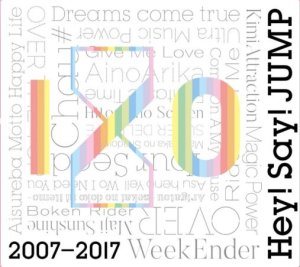