Cameras only started rolling four days ago, but they're not wasting any time in the town with pep and OTT maple syrup heirs.

In what's definitely a dream sequence, Archie and Veronica get married in the park as witnessed by family, friends, a gunman, Skeet Ulrich, and a suddenly living Jason Blossom. Thanks to Brazilian fansites and a site dedicated to shows that shoot in Canada, there's a bunch of photos!

How weird was today's #Riverdale wedding? Dead Jason Blossom/Trevor Stines there in white. And the actor gave Mom Blossom a hug. pic.twitter.com/v2O7O8qTTr

---
Meet Charles Melton, the new Reggie. For those that don't know, one of the things that has come out about season two is that Reggie and Josie will become a couple

These were some of the first set photos to come out where Archie is just walking his dog while some of his dad's blood is just chillin on his undershirt.

KJ and Camila on set today (with Vegas!) #Riverdale pic.twitter.com/4dclr26014

---
Some uh, interesting promo photos. Really just that leather jacket with Marlon Brando's face and the dabbing are giving me second hand embarrassment 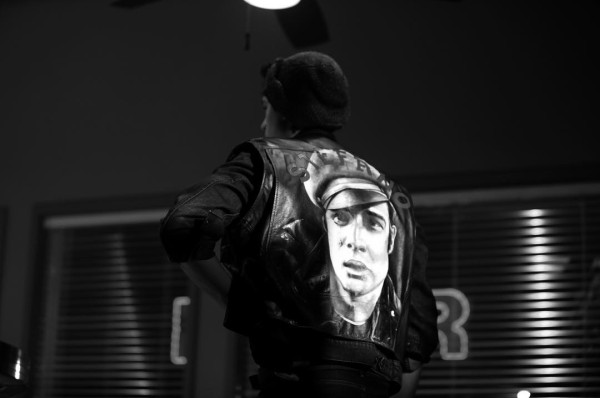