First Production Photo of Anastasia on Broadway Released: The Blue Dress is Back! 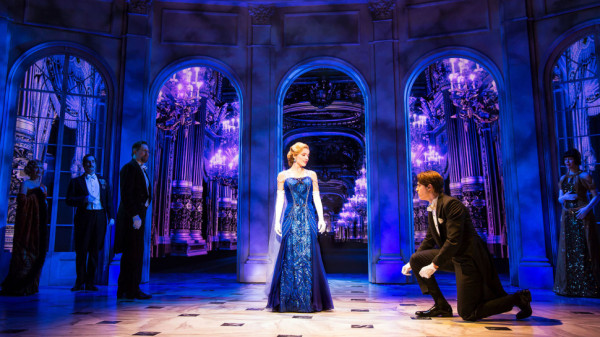 Christy Altomare, Derek Kelana and the cast of Anastasia (photo by Matthew Murphy)
The Broadway production of Anastasia has posted the first official look at the show, highlighting the iconic blue opera dress from the 1997 animated Don Bluth film. The blue dress from the film is new for the Broadway production, as when the show opened last year in Hartford Connecticut, Anya wore an original design pale pink dress instead. Many fans spoke out last year about the blue dress being missing, and its addition to the Broadway show is just one of the many changes to 'Anastasia' from its original version in Hartford.

Anastasia is currently in Broadway previews, with the official opening night set for April 24th. Another view of the blue dress and a photo of the pink dress from Hartford below the cut!

Another view of the blue dress: 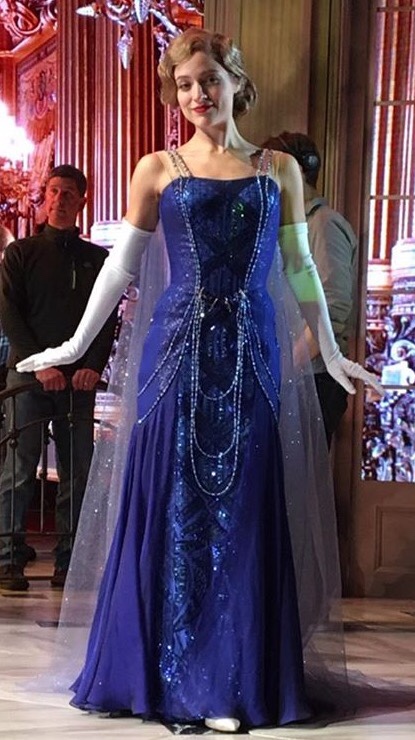 The pink dress from Hartford: 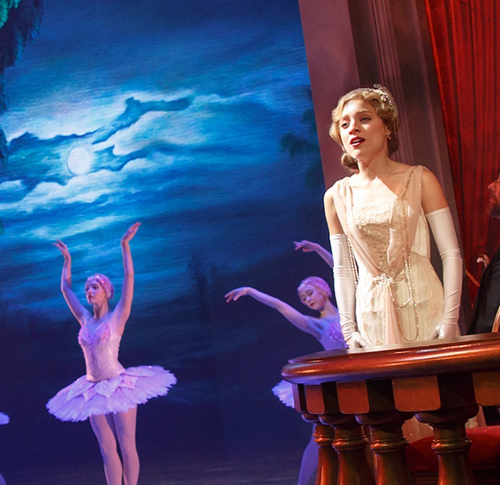