March is Women's History Month, a great time to learn more about interesting and extraordinary women throughout history, the everyday lives of women in different eras and countries, the obstacles and prejudices that women have faced (and still do), the fight for gender equality, and more. Here are 10 book recs to get you started! 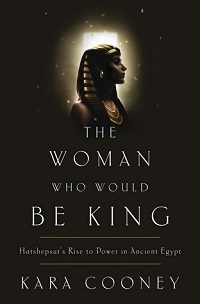 The Woman Who Would Be King: Hatshepsut's Rise to Power in Ancient Egypt (Kara Cooney) - An engrossing biography of the longest-reigning female pharaoh in Ancient Egypt and the story of her audacious rise to power in a man’s world. Hatshepsut had successfully negotiated a path from the royal nursery to the very pinnacle of authority, and her reign saw one of Ancient Egypt’s most prolific building periods. Scholars have long speculated as to why her images were destroyed within a few decades of her death, all but erasing evidence of her rule. Constructing a rich narrative history using the artifacts that remain, noted Egyptologist Kara Cooney offers a remarkable interpretation of how Hatshepsut rapidly but methodically consolidated power—and why she fell from public favor just as quickly. 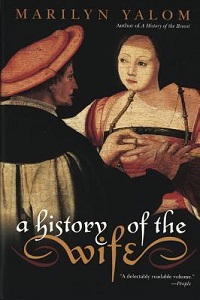 A History of the Wife (Marilyn Yalom) - How did marriage, considered a religious duty in medieval Europe, become a venue for personal fulfillment in contemporary America? How did the notion of romantic love, a novelty in the Middle Ages, become a prerequisite for marriage today? And, if the original purpose of marriage was procreation, what exactly is the purpose of marriage for women now? Combining "a scholar's rigor and a storyteller's craft" (San Jose Mercury News), cultural historian Marilyn Yalom charts the evolution of marriage in the Western world through the centuries and shows how radically our ideas about marriage have changed. 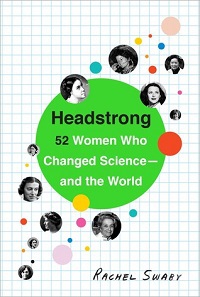 Headstrong: 52 Women Who Changed Science - and the World (Rachel Swaby) - Covering Nobel Prize winners and major innovators, as well as lesser-known but hugely significant scientists who influence our every day, Rachel Swaby’s vibrant profiles span centuries of courageous thinkers and illustrate how each one’s ideas developed, from their first moment of scientific engagement through the research and discovery for which they’re best known. 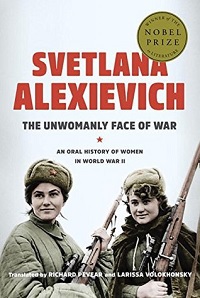 The Unwomanly Face of War (Svetlana Alexievich) - More than 500,000 Soviet women participated on a par with men in the Second World War. Women not only rescued and bandaged the wounded but also fires a sniper's rifle, blew up bridges, went reconnoitering and killed... They killed the enemy who, with unprecedented cruelty, had attacked their land, their homes and their children. Svetlana Alexievich spent four years working on the book, visiting over 100 cities and towns, settlements and villages and recording the stories and reminiscences of women war veterans. Through their testimony the past makes an impassioned appeal to the present, denouncing yesterday's and today's fascism. 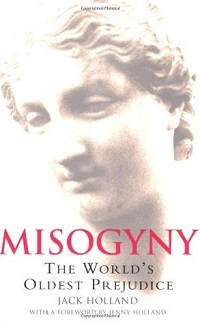 A Brief History of Misogyny: The World's Oldest Prejudice (Jack Holland) - An eye-opening journey through centuries, continents and civilizations as it looks at both historical and contemporary attitudes to women. Extensively researched, highly readable and provocative, this book chronicles an ancient, pervasive and enduring injustice. 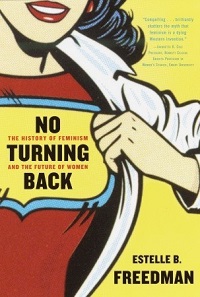 No Turning Back: The History of Feminism and the Future of Women (Estelle B. Freedman) - Freedman examines the historical forces that have fueled the feminist movement over the past two hundred years–and explores how women today are looking to feminism for new approaches to issues of work, family, sexuality, and creativity. Drawing examples from a variety of countries and cultures, from the past and the present, this inspiring narrative will be required reading for anyone who wishes to understand the role women play in the world. 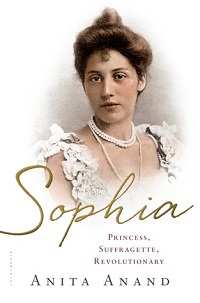 Sophia: Princess, Suffragette, Revolutionary (Anita Anand) - Daughter of Maharajah Duleep Singh and god-daughter of Queen Victoria, Sophia was raised in England in genteel aristocratic fashion. But when, in secret defiance of the British government, she travelled to India, she returned a revolutionary. Her causes were the struggle for Indian Independence, the fate of the lascars, the welfare of Indian soldiers in the First World War – and, above all, the fight for female suffrage. She was bold and fearless, attacking politicians, putting herself in the front line and swapping her silks for a nurse's uniform to tend wounded soldiers evacuated from the battlefields. Meticulously researched and passionately written, this enthralling story of the rise of women and the fall of empire introduces an extraordinary individual and her part in the defining moments of recent British and Indian history. 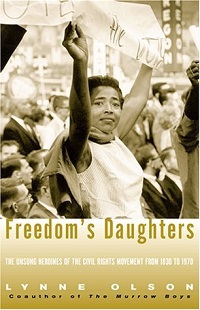 Freedom's Daughters: The Unsung Heroines of the Civil Rights Movement from 1830 to 1970 (Lynne Olson) - From the Montgomery bus boycott to the lunch counter sit-ins to the Freedom Rides, Lynne Olson skillfully tells the long-overlooked story of the extraordinary women who were among the most fearless, resourceful, and tenacious leaders of the civil rights movement. Freedom's Daughters includes portraits of more than sixty women -- many until now forgotten and some never before written about -- from the key figures (Ida B. Wells, Eleanor Roosevelt, Ella Baker, and Septima Clark, among others) to some of the smaller players who represent the hundreds of women who each came forth to do her own small part and who together ultimately formed the mass movements that made the difference. 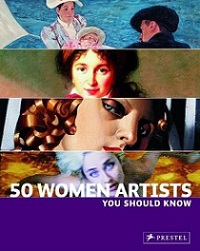 50 Women Artists You Should Know (Christiane Weidemann, Melanie Klier) - This beautifully produced, richly detailed and comprehensive survey of fifty influential women artists from the Renaissance to the Post-Modern era details their vast contributions to the art world. From the Early Baroque painter Artemisia Gentileschi to modern icons such as Frida Kahlo, the most important female artists are profiled in this book in chronologically arranged double-page spreads. For each artist there is a timeline highlighting significant events in her life; a succinct biography and information outlining her accomplishments and influence; additional resources to further study of the artist and brilliant full-color reproductions of the artist's works. 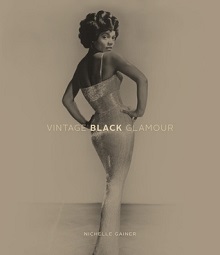 Vintage Black Glamour (Nichelle Gainer) - The book presents historic photographs of famous actors, dancers, writers and entertainers who worked in the 20th-century entertainment business, but who rarely appeared in the same publications as their white counterparts. With its stunning photographs and insightful biographies, this book is a hugely important addition to Black history archives. Alongside profiles and photographs of world-renowned Black stars such as Josephine Baker, Dorothy Dandridge and Diana Ross are biographies and images of less-known but hugely influential artists including opera singer Margaret Tynes, Cotton Club star Margot Webb, pioneering model Ophelia De Vore and many, many more. Their stories – usually ignored in mainstream histories of their profession – are revealed in this groundbreaking book.