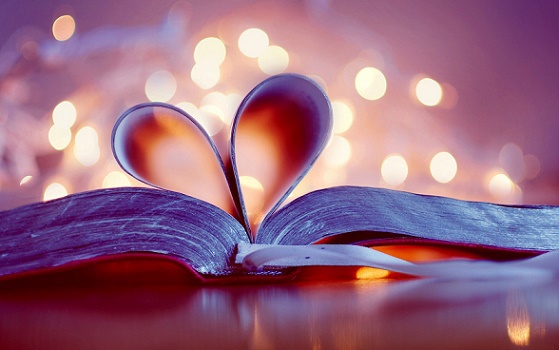 A good romance book can make you laugh or cry, can lift your spirits and inspire you. As author Kristan Higgins put it, "romance authors offer readers an emotional experience that mirrors an elemental desire in life: to find a constant and loving companion; to become our best selves; to forgive our mistakes of the past and learn from them".

So to celebrate Valentine's Day, here is a list of romance recs - while I can't guarantee you will like everything (taste being personal and all), they are all nice romantic fun times, no weird stuff.

This list is really about F/M romance, since I don't read enough LGBT romance to be able to make good recs, but I've collected some lists if you want to check them out: WLW, WLW, WLW, LGBT, F/F and M/M, LGBT, lesbian and gay holiday romance, "beyond gay and lesbian", M/M lists, LGBT lists. I'm sure lots of ONTDers can give you a more specific rec in the comments as well! 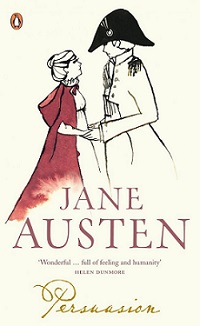 In terms of classic romance books, you really cannot go wrong with the good sis Jane Austen. Her books are romantic and really funny and social critiques. While most people know Pride & Prejudice, Emma, and Sense & Sensibility, you really want to give Persuasion (considered by many the best Austen), Northanger Abbey and even Mansfield Park a try (the "aunt's nephew"-loving crowd on ONTD will get a kick out of the latter).

And then there's North & South by Elizabeth Gaskell, which is kind of a retelling of Pride & Prejudice set during the Industrial Revolution. It is gorgeous, and perfect for the more socially-conscious reader. (The adaptation with Richard Armitage is also to die for. And if you read the book and picture Richard Armitage it's even better, then again so are most things).

Jane Eyre by Charlotte Brontë, of course, is a big fave. Jane is an incredible character and the book is a lot less stuffy than you'd think given the moody adaptations it gets - Jane is one sassy bish and Mr. Rochester is just... so extra.

Not every romance has a happy ending, and the beautiful The Age of Innocence by Edith Wharton is proof. An absolute must-read. 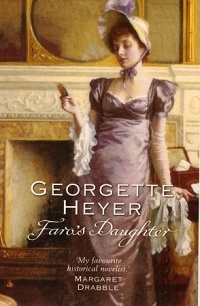 Hello, Georgette Heyer! Her books have a pretty genuine Jane Austen feel, as Heyer was actually a near-obsessive researcher of the Regency period - it takes a bit getting used to all the Regency jargon she uses, but then you miss it if you read a historical by anyone else (here is a helpful dictionary, and here is a whole book of background to her novels). Heyer is an absolute RIOT, her books are often hilarious and full of people shooting at each other, cross-dressing, dueling with swords, gambling, going to disreputable parties, and generally having a very exciting time. And even though these books were written ages ago her heroines are way more spirited than the wet rags you find in romance everywhere today.

She wrote SO many novels, but you can start with Faro's Daughter (Pride and Prejudice on crack), Venetia (badass spinster meets reluctant rake), Devil's Cub (love-hate relationship; strong-minded heroine does not take any bullshit from the rakish hero), Frederica (hero is older than the heroine - I thought I'd be skeeved out but it works), The Masqueraders (more adventure, plus cross-dressing), Cotillion (more comedy, plus a fake engagement), A Civil Contract (more drama, plus an arranged marriage). 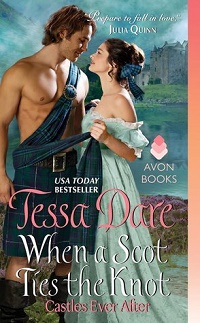 When it comes to modern authors who write Regency romance, Tessa Dare is here for your light, fun, romantic comedy needs. If you aren't a stickler about historical detail, you'll enjoy her stuff. Her Castles Ever After series (Romancing the Duke; Say Yes to the Marquess; When a Scot Ties the Knot) is 100% gold, guaranteed to make you happy. The Spindle Cove series takes place in a village retreat for unusual ladies and is AMAZING. This series is pretty feminist, especially in A Night to Surrender with its take-charge heroine and (my fave) A Week to be Wicked, where the heroine is based on paleonthologist Mary Anning. A Lady by Midnight is for fans of broody heroes, Beauty and the Blacksmith is sexy as hale, and Any Duchess Will Do will probably make you cry. Also try Goddess of the Hunt from her earlier stuff.

Lisa Kleypas is another heavy-hitter in Regency (and slightly later) romance. Her Hathaways series is all good, particularly if you like books about big, united families (but the best one is Love in the Afternoon with its animal-loving heroine and the traumatised soldier hero). From her Wallflowers series you wanna read Scandal in Spring and Devil in Winter (do NOT read the Summer and Autumn books. Especially Autumn because it ruins the hero of Winter). Lady Sophia's Lover is also a good one from her earlier stuff. 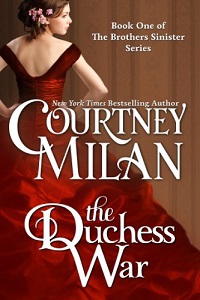 Courtney Milan writes Victorian romances, and they are incredibly rich, with interesting characters and original plots. Milan, a WOC, deals head-on with the misogyny and racism of the time period. Her heroines are strong and smart, her heroes are not at all like the alpha idiots in most books out there. Start with the Brothers Sinister series. The Duchess War is the perfect starter book for both Milan and historical romance in general; The Heiress Effect has a pretty fantastic heroine and a working-class hero (and an Indian hero in the excellent subplot); The Countess Conspiracy has a scientist heroine!!!; in The Suffragette Scandal the heroine is a suffragette (obvs) and there is a lesbian subplot. The novellas are also pretty great: The Governess Affair, A Kiss for Midwinter, and my fave, Talk Sweetly to Me (black scientist heroine and a feminist hero). The Turner series is also good - but you gotta read it in order, and the first one (Unveiled) is not the best. It's still worth it because Unclaimed (virgin hero, courtesan heroine) and Unraveled (a lower-class heroine and an uptight magistrate hero) are fantastic. (So is Unlocked, but that is stand-alone). 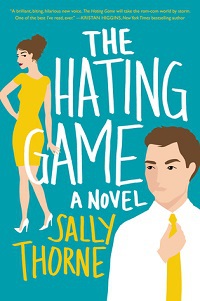 The Hating Game by Sally Thorne is an excellent rom-com of workplace enemies-to-lovers. If you want a nice, funny, sexy romance, you won't go wrong with this one. Similarly, Lucy Parker's Act Like It is a pretty funny "fake relationship" romance where two West End actors who don't particularly like each other have to engage in a PR relationship for the sake of their play.

I'm a big fan of Attachments, Rainbow Rowell's contemporary adult novel set around Y2K. The premise - IT guy is hired by a newspaper to go through employees' company emails to see if anyone's using them for inappropriate purposes, ends up falling in love with the movie critic from reading her convos with her friend - might skeeve out some readers, but I thought the weirdness was addressed in the book and, personally, didn't have much of a problem with it. 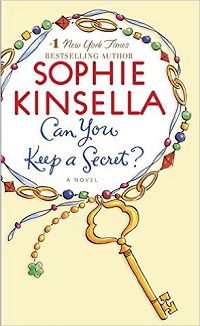 If you like rom-coms, you of course have to read Sophie Kinsella, who has written faves like Can You Keep a Secret? (her best imo), Remember Me, The Undomestic Goddess, Twenties Girl, and The Secret Dreamworld of a Shopaholic. Sophie can do rom-com without making her protagonists stupid, desperate or sexist charicatures, and she is really funny. Her books are perfect feel-good reads.

Big fan of 10 Things I Hate About You? There's a new modern adaptation of The Taming of the Shrew out there, and it's Vinegar Girl, by Anne Tyler. It's funny, it's clever, it's bittersweet. (It's not a romance-romance like the others in this list, but I think it still counts). 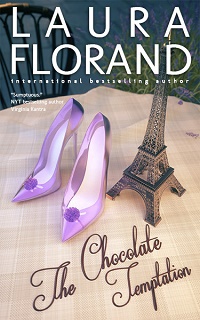 In Trade Me by Courtney Milan, a hot tech billionaire offers to "trade lives" with his struggling classmate. Sure, it is wish-fulfillment, but it has a lot of heart and it is very genuine in dealing with real, serious problems.

Lisa Kleypas also writes contemporary romances, and also does the billionaire thing. The Travis series is focused on a family of Houston billionaires (a father, a daughter, and 3 sons), and they make for some delicious wish-fulfillment reading. In Sugar Daddy, the romance is actually a pretty secondary plot, and the book focuses a lot more on the life struggles of the strong-minded and hard-working Latina heroine (in spite of the title, the romance isn't a real sugar daddy situation, don't get too excited

wavvy). Blue-Eyed Devil deals with domestic violence so it is a heavier read, and Smooth-Talking Stranger tackles emotional abuse by a parent. 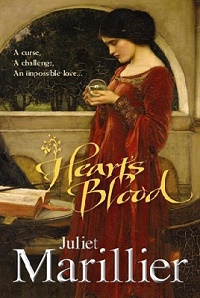 Heart's Blood by Juliet Marillier is a wonderful take on Beauty & the Best, the fantasy is beautifully woven and any romance fan should be left in tears by the end. If you like this one, try Grace Draven's stuff: Entreat Me (another Beauty & the Beast retelling), Master of Crows (both the heroine and the hero are wizards), and Radiance (the hero is, um, a different species; I promise it's not weird though).

Keturah and Lord Death by Martine Leavitt is a gorgeous, heartbreaking dark fairy tale and WILL make you cry.

Deathless by Catherynne M. Valente is a dark romance set in Revolutionary Russia and populated with various Russian myths. If you're into Slavic folklore try also the magic-filled Uprooted by Naomi Novik (this is only problematic if you get caught up in the fact that the Dragon is an immortal, so, technically pretty old - personally I didn't have a problem with it).

If you're looking for something lighter, go with The Princess Bride by William Goldman and Stardust by Neil Gaiman, fairytale-like adventures. The excellent and fast-paced sci-fi rom-com Crosstalk by Connie Willis will have you on the edge of your seat. 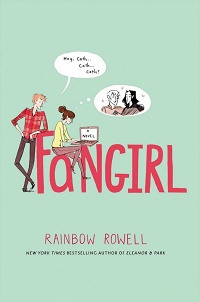 Kids these days just don't read enough Meg Cabot, but they SHOULD. She wrote the lovely Princess Diaries series (of terrible Disney adaptations), the fun All-American Girl series (at least, the first one was good), plus the amazing The Mediator series (still the only YA book with a good Latino hero I've ever read, and he's a ghost). Under no circumstances read the recently-published additions to the Mediator series - pretend it ends with the original 6-book run!

Cassandra Rose Clarke wrote a pretty fun YA fantasy/romance duology: The Assassin's Curse and The Pirate's Wish. If you dig pirates, assassins, and sassy talking manticores, that should be a fun pick.

Fangirl by Rainbow Rowell is a very sweet romance, with an interesting heroine and super nice hero - not a monster jerk like the fashion is these days. For that I will always recommend it.