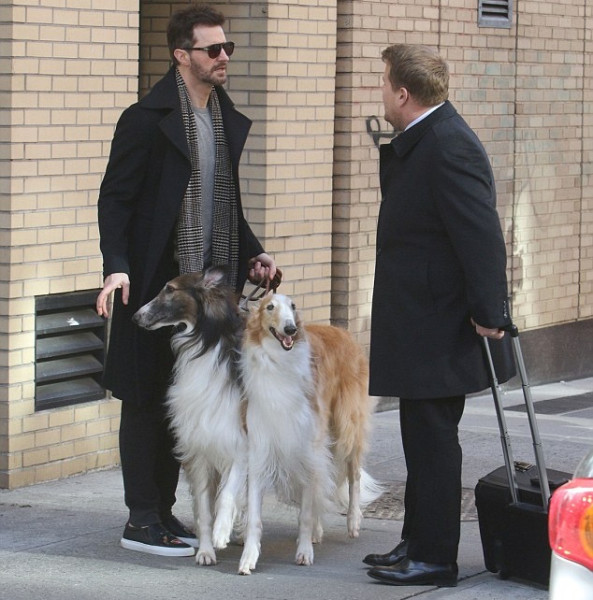 He's having a pretty good year so far, work-wise:

and James Corden. No word yet on the character he plays, but we know he loves dogs. (James plays an insurance investigator.)

"My Zoe’ is the fascinating and confrontational story about the lengths to which a mother’s love goes for her child, Delpy plays Isabelle, a geneticist recovering from a toxic marriage and raising her daughter Zoe in conjunction with her ex-husband. Zoe means everything to her mother, but when tragedy strikes the fractured family, Isabelle takes matters into her own hands." (Taken but Julie Delpy as Liam Neeson?)

"Follows a small group of monks as they undertake a treacherous pilgrimage to escort their monastery’s holiest relic to Rome. But, as the true material, political and religious significance of the relic is revealed, the group’s journey becomes increasingly dangerous."

(who even watched this show aside from hardcore RA stans?)

Apparently, it's very well received there.

"Troubled by bouts of sleepwalking and disturbing nightmares, graduate student Sarah Foster goes to her university sleep research center for help. But when she wakes up after her first night of being monitored, the world she lives in seems to have changed in subtle, Twilight-Zone-esque ways."

- previously tweeted he'll join the Lucy Hale movie "Miles" (as someone's dad, lbr)
- nominated for an Audies Award for his work on the David Copperfield audiobook against ScarJo lol

Congrats to @RCArmitage and #ScarJo on their #Audies2017 noms for David Copperfield and AAIW! Did you listen to these stellar performances? https://t.co/tansHIozie