As the year is about to be over(thank Gawd!), and because I was bored and I love my beautiful corruption-filled country, I decided to make a post with the 12 Mexican scandals that kept Ventaneando, TVnotas and the other off-brands afloat this 2016.

So without further ado, PART ONE is right here! 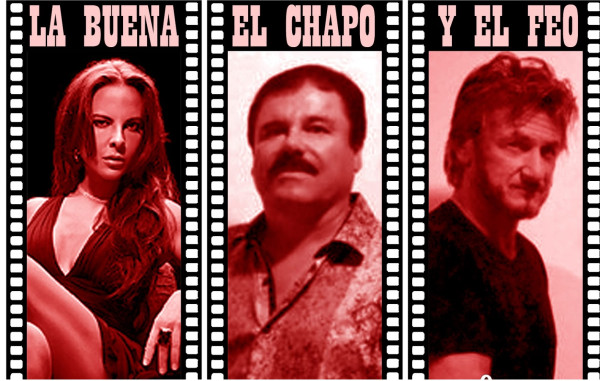 Average Actress, Kate del Castillo, kicked off the year with the news (which she first denied) that she had met up with Drug Lord Joaquin Guzman Loera several times in 2015 to try and squeeze some drug money out of him to produce serveral projects, among them, a movie about El Chapo's life. An "Alleged"  woman beater with melting face was also involved but nobody came from him in America or Mexico.

Not only that, but apparently, Guzman Loera really wanted to hit that thing, based on several pathetic text messages he sent to Ms. del Castillo. I let you the most cringeworthy below:

The idiot we have as a president, and "proud" inspiration of THOUSANDS of memes, is not a stranger to scandals.

One of them happened in February, when it was reveled that Angélica Rivera's previous religious marriage to José Alberto Castro (brother of Verónica Castro) wasn't really nulified by the time she got married to Peña Nieto in 2010. People then speculated that the whole wedding was just an act to trick people and make the then candidate more relatable and known to the general public, as Rivera was more famous due to all the novelas she had stared in.

This charade brought the father that married them, José Luis Salinas Aranda, ecclesiastic scrutiny and  later the lost of his parish. Father Salinas was a personality himself by appearing in several novelas and officiating various celebrity weddings.


Gerardo Ortiz (who?) kills his girlfriend and her sidepiece in music video

Banda/corrido/or something singer famous among buchon@s and other drug dealer wannabes came under fire for his sexist video, "fuiste mía" ("You were mine"). In the video, Ortiz kills the guy his girlfriend is cheating with, then, ties the girl up, puts her in the trunk of his car, drives to a deserted area, and finally burns the car with the girl inside.

The video was heavily critized by the general public and the government, even generating a change.org petition to remove the video from youtube.

Ortiz didn't give a shit (nor did his stans) later commenting in one of his concerts: "I want to sing you this song that is one of the favorites here in México".

Julión Álvarez likes women that can double as maids

Julión Álvarez is another really popular banda singer that is (was?) a judge in "The Voice México". In April, he was asked what characteristics were the ones that he found more attractive in a woman, he responded with:

"I've fallen in love several times, but what I really like is for her to be a lady. I'm old-school, I like that she knows how to mop, because she might be beautiful and good for a lot of things, but if she doesn't know how to do it, well, to me, she's worthless".

This generated a lot of criticism in social media and sprewed thousands of memes.

He later apologized and recognized that he himself didn't know how to mop.

Belinda refueses to sing the only song she's known for

Ex-child actress, Belinda, better know for her smash hit "Sapito", refused to sing the song when some fans asked her to do it in one of her concerts.

Later, #ladysapito, like she's now known, tried to spin it as if it was all a joke and she was OK with all the memes that were generated after the incident.

The death of "Profesor Jirafales"

"El Chavo del 8" is one of the most beloved shows in Mexico and latinamerica, and on Friday, June 17th, Rubén Aguirre, better known as "profesor Jirafales" died in Puerto Vallarta, Mexico, at 82 years old. After years of health problems, Aguirre finally died due to pneumonia complications.

Edgar Vivar (Señor Barriga) lamented the death and later published a photo in twitter with the message "the last picture together".

What other Scandals do you remember, Mexican ONTDers?