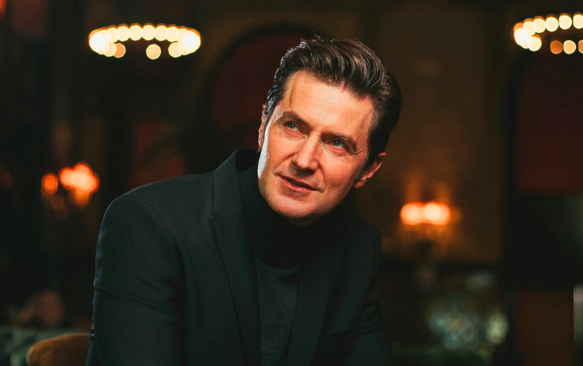 - Named GlamourUK's 85th Sexiest Man of 2017
- Narrating a Romeo and Juliet audiobook (out now). It's not Shakespeare, but a reworked version that Audible says is "something richer, something new and entirely its own"
- His off-Broadway play Love Love Love closes on December 18. It got rave reviews, good for him.
- His spy thriller on EPIX, Berlin Station, is renewed for season 2. Not sure if his character will survive the season, tho.
- Might guest on the Today show December 12 (unless they mean the other Richard Armitage??)

From Middle-Earth to Midtown Manhattan- @RCArmitage Is Taking On Off-Broadway in @rtc_nyc LOVE, LOVE, LOVEhttps://t.co/8goOIl7YOU pic.twitter.com/n7PWU7D5OM

Do we really need another Romeo and Juliet thing? Did anyone watch Love Love Love? Is anyone watching Berlin Station?

Do you have faves more bland than mine, ONTD?