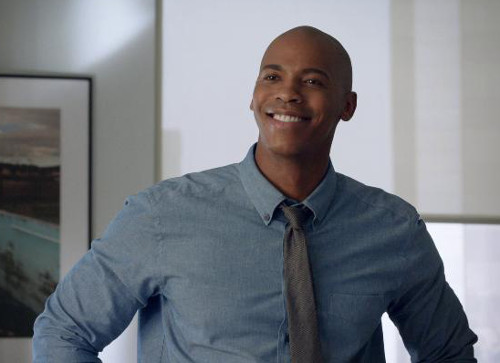 Andrew Kreisberg revealed that James Olsen will suit up as DC's Guardian (complete with the shield). James will decide he can no longer sit back and be the sidekick, so instead he'll become a vigilante, which will cause problems with Kara- she has her own feelings about vigilantes so he'll keep it a secret from her. He'll be working together with Winn (who will be 'his man in the van') and the duo are supposed to be comedy gold.

And in the link that can be found in this tweet:

Kreisberg has this to say about the premiere splitting up Kara and James: “They’re both tremendously talented actors and they’re both lovely people and they both love working with each other. We felt like we were pursuing that relationship more because we felt like we had to then any of us was really, truly feeling it. It was interesting because we brought in some new writers in the middle of the season to keep some fresh blood and even they were like coming at it fresh and sort of felt like we weren’t quite sure how we were going to make this happen. We realized that the best scenes between them were just the nice, sweet scenes when they were just being friends.”

I see you show. First he's no longer the love interest (I bet it'll be Mon-El), now he's becoming a vigilante for reasons, next he'll be marginalized with little screen time, then killed off because they couldn't think of more story for him. Counting his screen time from next episode.
Tags: interview, supergirl (cw), television - cw, television - premiere / finale
Subscribe
Previous
← Ctrl ← Alt
Next
Ctrl → Alt →
Previous
← Ctrl ← Alt
Next
Ctrl → Alt →