Riggins is married to Tyra and coaching the Dillon Panthers, according to Adrianne Palicki https://t.co/KGGHcgxYFB pic.twitter.com/Z1E8srrlvj 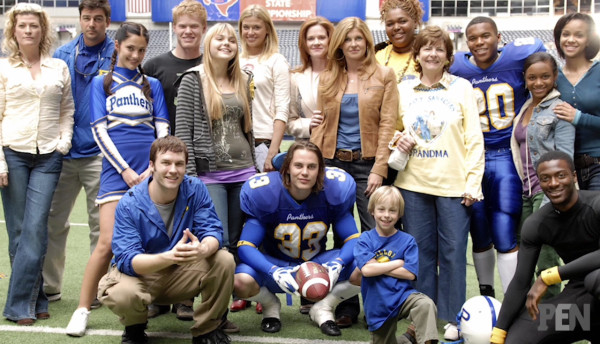 The 10 year reunion of the premiere of Friday Night Lights is fast approaching and a reunion special has been put together by EW/People on their new streaming network.

Scott Porter, Connie Britton, Adrianne Palicki, and many of the cast members reflect on where their characters are now as well as reveal some behind the scenes details.

Porter reveals that some of the cast used to sneak onto the Panthers field during off hours and play flag football until Jesse Plemons tore his ACL while Taylor Kitsch was covering him.

Link to the full 20 minute special is at the Source.

Also a Lyla Garrity/Jason Street reunion over the weekend.