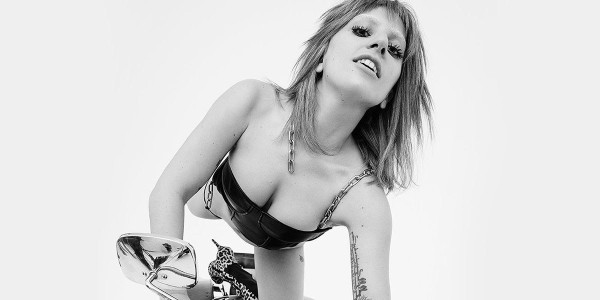 iHeartRadio got the very first listen of Lady Gaga's brand-new single, "Perfect Illusion," when she appeared at their Music Summit on Wednesday morning.

Gaga shed a little light on the break-up inspired dance song while previewing the song at the Music Summit. “The song is about modern ecstasy,” she said of the dance anthem, which was produced by Mark Ronson, Bloodpop and Tame Impala frontman Kevin Parker. “We found our sweet, simple, ragey way of saying it.” She added, "I get this sick adrenaline rush every time I hear it."

A writer for iHeartRadio, who was in attendance, gave his own spin on the song: "'Perfect Illusion' finds a sweet space in Mother Monster’s catalog alongside some of her best dance floor anthems. It’s a cut that touches the highest of highs and lowest of lows in a relationship gone wrong, thus, the perfect illusion.”

@TheMonsterGaga9 Incredible. We were humming it all day.

@tattooedreams We only got to hear it once, but it was really. really. good. Prob new fave lead single, but we still love all of those too.

Mark Ronson, who worked on most songs on Gaga's new record and is likely its executive producer, raved about collaborating with the superstar in a new interview w/ Buro 24/7's Tracy Phillips.

"I went in on the first day with very open expectations," Mark recalled. "I didn't know if we would work together for two weeks or six months. I knew she was very talented, I'd seen her perform and knew how seriously she takes music. She's really a muso at heart, and is happiest when she's sitting behind the piano yelling out chord changes to the drummer or whatever. But we started working and it kind of exceeded any expectations of what I thought the music was going to be like."

He continued: "It's been one of my favorite records to work on and some of the people who have come in to play on it are my favorite musicians, writers and some of her favorites. I think it's just really good music and probably a record for people who might not have realized that her music had something for them — at least based on the small amount of people who've heard it so far. It's definitely pretty deep musically for sure."