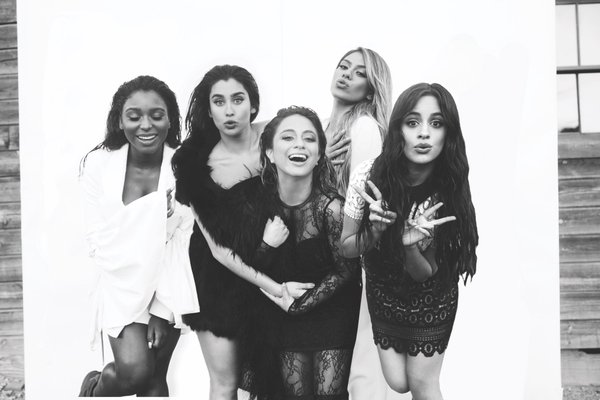 Fifth Harmony new album 2016: The lowdown on the fiercest girl group in pop ahead of 7/27… https://t.co/hCmvhIxy9Z pic.twitter.com/yzqKtqHIue

THE GRADE: B+
BOTTOM LINE: Channeling their “girl power” into an artistic force.

- As good as “Work From Home” is, “Not That Kinda Girl” is exponentially better (lmao, what?). Building on a “Take Me With U”-era Prince groove, Fifth Harmony shows off both their vocal chops and street-wise attitude to turn the catchy pop song into a cool bit of theater. And then Missy Elliott shows up and takes it all to the next level.

- It’s a good sign that Fifth Harmony can turn even lesser songs like the bland “Squeeze” or “Gonna Get Better” into something enjoyable, which is what makes them unstoppable on songs like “Scared of Happy” when they are firing on all cylinders. Fifth Harmony shouldn’t be looking back any more when their future is so promising.

go at the source for more

pop slayage, bop factory, equal solo distribution, etc. they did that.
5h used to sing about the days of the week and now they give us female empowerment and hoe anthems