-Season 7 will have only 7 episodes.

-Season 8 will only have 6 episodes

They are not 100% sure if its going to be 13 episodes yet, but considering they're talking to Variety about its probably pretty legit and the final number probably wont be that different from 13 even if it does get changed.

screamingintune
April 15th, 2016, 03:57 am
I am guessing the seasons are shortened so they can have a bigger budget per episode like some big battle scenes/dragon fx and whatnot

I will take this wish to my grave

also shorter seasons can help a show a lot. so this is a good thing.

gemdiamandis
April 15th, 2016, 03:16 am
I literally kneel beside my bed and clasp my hands in prayer for Lady Stoneheart every night.

screamingintune
April 15th, 2016, 03:58 am
because someone has to give an actual ending to this universe and you know GRRM isn't ever going to get around to it

I edited for a typo of "sex eps of BS", but really, that is still true.

donatello
April 15th, 2016, 01:18 am
as long as the remaining starks + jon reunite and have a happing ending with sansa as the true heir to the north, idc how everything else ends up. i'm too invested in this fictional family. :(

I also like that he's an unlikely heir : a second son of a second son.
Love Sansa and would be ok with her too but idk.

anolinde
April 15th, 2016, 01:28 am
Bran will definitely not stop being a tree. Rickon will probably run wild with the cannibals. But maybe that's just me really wanting Sansa to be the Queen of Winterfell, lol. Which means it's probably not going to happen. =/

screamingintune
April 15th, 2016, 03:52 am
Rickon is gonna get killed for shock value even though a lot of people won't really care
(no subject) -

gemdiamandis
April 15th, 2016, 03:19 am
The Starks are literally the only reason I am still clinging to this dumbfuck mess even tho my fave ones are already dead. I am really here for Sansa and Bran at this point...but lbr Bran is never gonna give up on his dream of being a tree, so maybe he could like warg into a bird and come tweet hey hey at Sansa when he's flying by Winterfell???

this is making me so sad, I wish I had never gotten into this!!!

I hope they all at least reunite in death and chill in the afterlife.
(no subject) -

voldy06
April 15th, 2016, 05:01 pm
If Sansa becomes the true heir, then there's no happy ending for the Starks. :( Idk why people don't realize this? Westeros remains a sexist patriarchy with a male-preference primogeniture (with the exception of Dorne). And Sansa loves her brothers, she wouldn't take what "rightfully" (in the world of Westeros) belongs to them.

I think Show!Sansa is going to champion Bran's claim from now on since she knows he's alive and won't give up on him. I don't have much hope for Rickon, though, because D&D are dumbasses.

Book!Sansa is more difficult to predict because she's nowhere near the North at the moment, doesn't know her brothers are alive, the political situation is more complex and Robb's will exists.

masterofmystery
April 15th, 2016, 01:28 am
pretty much (well not so much to that exaggerated theory lmao)

after this show is done, we'll just get the prequel or spinoff from hbo right after. there was always talk of doing robert's war, right?
(no subject) -

gemdiamandis
April 15th, 2016, 03:21 am
Damn I hadn't even considered that. that's probably WHY they're lulling us into this false sense of security!! because they're about to bust out a fucking flop ass spinoff!!! they probably have a whole Rapetopia world building chart at the ready. 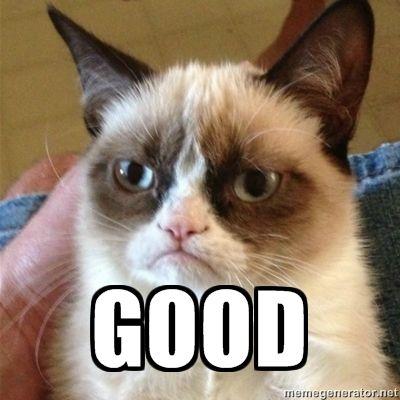 I mean, I really do hope it gets awesome again; much like BvS I am totally willing to love it despite strong evidence ahead of time that I will not.

That being said, this deserves to be in every GoT post ever:

gemdiamandis
April 15th, 2016, 03:26 am
mte I'm rewatching the show and I actually like season three, especially compared to the flops that were four and five, but season one was the best.
I think the poor writing decisions are because D&D have their favorite characters and their least favorite characters, and instead of doing right by all of them they just make their faves shine and give them all the screen time in the world, then fuck with the personalities and the writing of the ones they don't like and try to punish them.

highgardenss
April 15th, 2016, 03:35 am
i think season 4 and 5 started suffering because D&D completely took over and let go of the other writers. there used to be more writers for GOT. now its mainly D&D for everything and some leftover scraps for bryan cogman
(no subject) -

cassiopeiaah
April 15th, 2016, 04:49 am
I never knew that but it makes much more sense why some flop character are given lots of storylines while a lot of characters aren't fleshed out
(no subject) -

donnaspecter
April 15th, 2016, 01:21 am
wish they would just put this show out of its misery
the sooner this is over the better tbh

shift_from_here
April 15th, 2016, 01:22 am
Sounds like an excellent idea. They're going into unwritten territory. Who needs these hacks to further fuck it up by pulling even more fuckery and rape out of their asses?
←
→