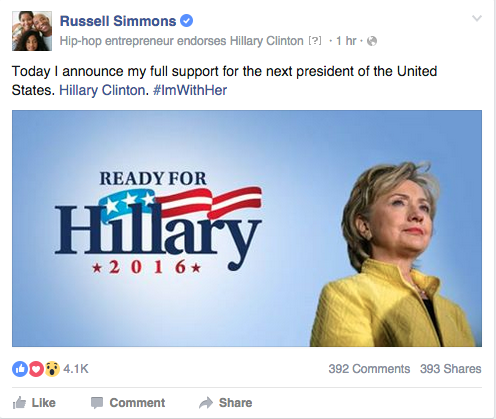 - When asked to explain his endorsement Russell says "I think Sen. Clinton has been sensitive, supportive of a progressive agenda. She’s realistic in what she can get done. She’s able to beat the Republican candidate, and I think that Bernie Sanders would not be able to or could lose. And I don’t want to take that chance.”

- “I think that Bernie Sanders is over-promising. He’s insensitive to the plight of black people, and what good is it if you don’t take lobbyists money and you don’t acknowledge the number one threat to America and to the world is the factory farming lobby?”
-Also mentions climate change and factory farming