ONTD Original: Are These Black Women the Source of Kylie's New Look?

This is a follow up post to ONTD Original: The Metamorphosis of Kylie Jenner: A Tale of Appropriation of Black Culture 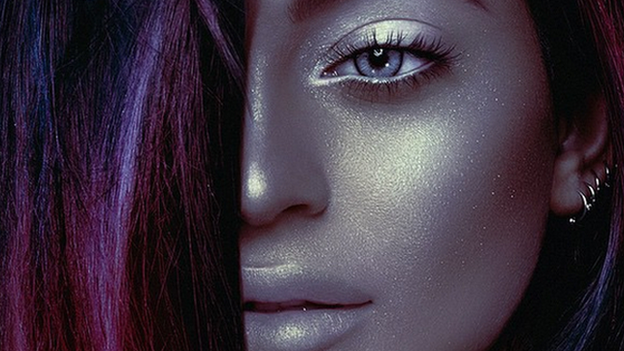 If you want to know the key to Kylie's Rachel Dolezal-esque transformation, come on in.

WARNING: Kylie may or may not be a real messy bitch, a liar, a scammer, who loves robbery and fraud. Proceed with caution.

This is Jordyn Woods. She is one of Kylie's closest friends but is also a childhood friend of the Smith children.

At first glance you would think these two were siblings. Except they are not and Jordyn is mixed.

Well it seems as though Kylie may have gotten her inspiration for her braids and blue hair from her pal.

Don't worry guys, Kylie made sure to thank her for her contributions.

What a great way to celebrate your birthday.

@sabrinadunn She says "my friends love me" while at Kylie's house while Kylie and 2 other friends sing happy bday. k. pic.twitter.com/pjqL08n3Te

Next up we have Heather Sanders. You may recognize that name from the first post. Heather Sanders is a business woman who owns an online store, Sorella Boutique. She is also rapper King Trell's girl. King Trell also happens to be best friends with Kylie Jenner's boyfriend, Tyga. According to Kylie they met at Kendall's Sweet 16 and she has been obsessed with her and her clothing line ever since. Obsessed does not even cut it.

Kylie at the very least wears clothing from her boutique so we will not be hearing anything from Heather anytime soon.

Here comes Blac Chyna! As most of you already know Blac Chyna is a model, entrepreneur, woman of many businesses. She is also Kylie Jenner's boyfriend's baby mama. Oh, did I forget to add that she is dating Kylie's brother? We are all familiar with the story that Tyga left Blac Chyna for underaged Kylie. What we haven't heard much of is how Kylie over the course of a few months with Tyga transformed into Chyna-lite. 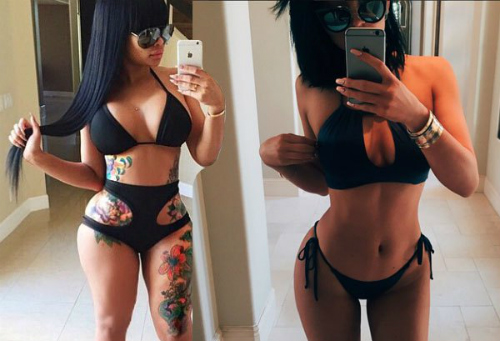 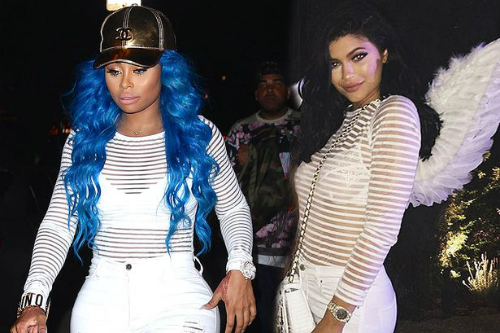 As of today, no one is certain if the two women are on good terms. After this investigation, I would not blame Chyna for not wanting to be cordial.

Above I have posted pictures of black women who are the closest to Miss Kylie Jenner. As you can see the resemblance is uncanny. Kylie's entire aesthetic is also similar to many young adults her age on social media but it is important to note that a large part of the current 'exotic' look online comes from black women. So, sure Kylie may just be following trends or she may really be single white femaleing her black friends, but, at the end of the day she continues to appropriate black culture and profit. Her actions are toxic and she should be held accountable. Especially in a society where this is beautiful.

And this is not.

What happens when MAC posts a photo of a beautiful black woman's NATURAL lips on Instagram pic.twitter.com/4bGoT7xiN9